With the family of missing CDI Contractors chief financial officer John Glasgow looking on, Little Rock attorney Chip Welch addressed the media at Allsopp Park today, saying that the family now believes that “evidence points away from the mountain.” He referred to Petit Jean, where Glasgow’s car was found Jan. 29 and which has been searched extensively without turning up a trace of him.

Among the news from the event:

Glasgow’s Volvo has been forensically examined, and found to contain what Welch categorized as “no fingerprints,” indicating that it may have been wiped down before being parked on Petit Jean.

Trained search dogs found no trace of Glasgow’s scent leading away from his parked car, or anywhere else on the mountain.

In addition to Glasgow’s cell phone and laptop computer, his bank card was found in the car. His wallet and car keys have not been found.

A park ranger at Mather Lodge on Petit Jean told police that Glasgow’s car appeared in the parking lot there between noon and 1:30 p.m. on Tuesday. He’d last been seen leaving his home before 6 a.m. the day before, Monday, Jan. 28.

Welch said that while Glasgow had left a bank account number and the combination to a safe on a notepad at his home — which some have taken as a suggestion that Glasgow was preparing to end it all —  he added that the numbers were found written several sheets from the top sheet  of a pad of paper, and there is no way of knowing when they were written.

He reiterated, in response to a question, that there was no indication of any financial irregularities at CDI, one of the state’s largest construction companies, a venture owned in equal parts by the Dillard Department Store family and the family of the late William Clark. A deal reportedly was nearing completion for purchase of Clark’s share of the company by his son and investors including Glasgow.

PS — SINCE FOLKS ARE STILL ADDING COMMENTS. Note that KARK yesterday quoted William Clark of CDI as saying nothing was amiss with the company’s accounts. 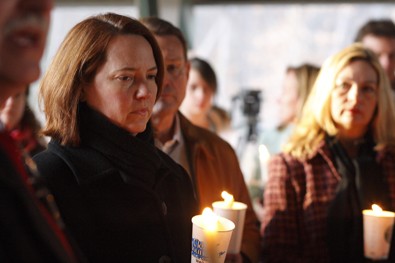