A report inspired by state Rep. Bruce Westerman on state welfare programs finally was released to the public today. This is the report done by a controversial Republican consultant and former Pennsylvania welfare commissioner, Gary Alexander, He was paid $220,000 for work over a four-month period that required at least some trips to Little Rock. It was submitted in early July. 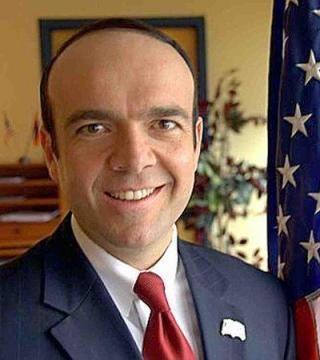 The report was sent to the Public Health Committee for further consideration at a meeting today of the Legislative Council.

He slashed welfare spending in Pennsylvania, by such means as budget cuts and asset tests for the aged and disabled. Since Westerman, a foe of Obamacare, instigated the study, the results aren’t surprising.

There’s much discussion of things already known — how the state’s welfare programs are organized and what they cost. The report notes welfare cost growth is greater than other budget items, particularly Medicaid, with 52 percent growth over 10 years versus 9 percent growth of the total budget.

Alexander telegraphs where he’s coming from by referring to welfare costs as a “burden” and a “burden on employed persons.” Would you call education a “burden”? Or might you call it a public service or program? Might you acknowledge, at least, that some recipients of “welfare” work, but are paid so little they qualify for food stamps and Medicaid?

Alexander estimates he could save hundreds of millions of dollars for the state by ruthlessly paring programs large and small, privatizing Medicaid, consolidating state employees and and teachers into a non-blue-ribbon private health plan, pushing lots of people out of nursing home and expensive behaviorial treatment centers and other similar steps.

Read on for more of my quickie run-through commentary. Short take: Not surprised or impressed given his track record.

Alexander rips the Workforce  Services program aimed at helping needy families by saying it had failed to promote more two-parent households (reflecting a national societal trend, he didn’t add.) The number of children in poverty is growing, not surprising in a country where the rich command an ever greater share of the nation’s wealth and new data shows an actual drop in working families’ income over the last decade. He argues that state programs have failed because a majority of the children in Arkansas live in families on public assistance. That must be the fault of welfare programs, he seems to be sure, — not low wages, lack of opportunity, poor education or the many other contributing factors.

Republican ideologue that he is, he concludes that Arkansas’s rich welfare offerings (you try living on them) are disincentives to work, again ignoring the recipients who do work and those who try desperately, but fail, to find steady employment. It’s the welfare queen argument, written in high-falutin’ right-wing think tank academic jargon.

Alexnader’s recommendations are deeply ideological and sweeping. Privatizing Medicaid (a market solution is his euphemism) could save $200 to $300 million in state and federal funds.  A “transparent health-care program/plan for state and public-school employees” is not explained in detail, but — trust him — it could save up to $43 million.

There are several recommendations along these lines:

Arkansas should engage a qualified professional consulting firm with specific expertise in designing and managing global waivers to develop a redesign proposal on Medicaid and other public-welfare programs.

Gee. I wonder if Mr. Alexander knows anybody who could do the job?

Remember “death panels”? Somebody needs to think up a catchy name for Alexander’s idea for coming up with a system of reducing the cost of DHS’s most expensive medical cases, some of which cost $1 million a year. Somewhere there’s a relative who might not like his efficiencies, I’d guess.

The report is full of assumptions about savings with little by way of support for the numbers. Trust him.

He’d reduce spending on home care and hospice care expenses and thinks he could whack $5 to $9 million from spending (services) for developmentally disabled. He thinks he could cut $6 million ($63,000 per patient) out of services at human development centers.

The state could pick up $5 to $7 million by making claims against the estates of Medicaid beneficiaries. Talk about a death tax.

He figures the state is spending up to $7 million too much on mental health medications. He also figures there’s $16 to $25 million in behaviorial health savings. (Did he run this by Ted Suhl at the Lord’s Ranch? I think not.)

The biggie, though, would be rejecting Obamacare health exchanges and privatizing the whole health insurance shebang with low-cost, reduced benefit, high deductible coverage for poor folks that Blue Cross would love to sell. And poor folks would pay their share with their new health savings accounts. Savings; $300 to $400 million, he says. Then there’s $40 million or so in savings on state employee and teacher insurance. It’d be painless, he said, because hospitals are profiteering now — Children’s Hospital to the tune of $33 million a year, for example.  Just cut it out of their cosseted hides. The  savings are conservative, he concludes.

Well. This is a lot of stuff. I’ve oversimplified and editorialized. I don’t editorialize when I say implementation of the Alexander plan would have a seismic impact. Whatever true efficiencies and savings are possible — undeniably, there’d be some true “real” benefits — would be accompanied by a reduction in the amount of services now delivered, a higher cost for recipients and a lower stream of revenue to the providers. Each of these results guarantees hundreds, if not thousands, of affected parties who’d like to bend legislators’ ears about the impact that concerns them most — their own. Again:

Read, digest and comment. Westerman will love it. Tom Cotton, too. It’s the precisely the bitter medicine a Harvard-educated, Club for Growth, cold-blooded ideologue like Cotton dreams about. It’s DOA with the current governor, his team and many legislators, including some Republicans, I”d guess.  This is not your private option, but the architect of that plan, John Burris, chairs the committee that now has the Alexander work in its hands.