The shopping is winding down, except perhaps at grocery stores, where throngs are doing last-minute feast preparations. i’m guessing I’ll find others at the movie this afternoon, too.

* FREEDOM FOR PUSSY RIOT: As predicted, a new amnesty law led to the release of members of Pussy Riot, the Russian punk group, and, how about that, the band’s name actually appeared several times in the New York Times and also, a bit down in the story, if not in the headline and lead paragraph, in the Arkansas Democrat-Gazette, which has deleted the name for months.  Intentional recognition of the group’s stand for vibrant speech in a repressive land? A copy editing oversight? Whatever, it was a day to remember on Twittter — #freepussy.

* PRAISE JESUS: Republican Leslie Rutledge, who’s a  leader in political opportunism as a candidate for attorney general, took a break from gun and duck worship today to celebrate Christmas, as most politicians of all flavors have done. She emphasized the ability to worship Jesus in these United States.

On this wonderful Christmas, we have so many things to celebrate. To live in a country like America where our religious freedoms allow us to freely practice our faith, it is with great joy that we are able to celebrate the birth of Jesus Christ with our friends and family.

That freely worshipping other faiths is not always so easy is a discussion probably best saved for another week.

* SPEAKING OF RELIGION: Lloyd Green writing for the Daily Beast thinks Mike Huckabee’s move to solidify a religious base for a presidential run isn’t a sure-fire winner. America is growing more secular (if not the Republican primary) and where not secular, deism is gaining favor, he says. Surveys also showuUnmarried women now equal regular church goers as a voting bloc. (Huckabee once blasted Natalie Portman for getting pregnant before getting married.) Belief in honesty of the clergy is falling. (Huckabee is a former member of the clergy, you may recall.) Fewer than half of Republicans believe in creationism. Given all this, Green thinks Huckabee (and presumably any politician) would do better preaching to the concerns of working Americans.

Huckabee should deliver a jeremiad lambasting Washington for its role in fostering the housing collapse and the Great Recession. He should hammer home how the government precipitated economic calamity by juicing up the housing market, and turning housing policy into a taxpayer-funded vehicle for vote-buying. And Huckabee should not hesitate to use the recent words of federal judge Jed Rakoff, who was appointed by Bill Clinton to the federal bench to make his point.

… Huckabee needs to show some non-judgmental leg on modernity, and going after Portman is not the way to do it. Instead, he should also talk about launching a war on Alzheimer’s disease, as baby boomers now file through retirement. Just as FDR set in motion the March of Dimes to eradicate polio and Puritan minister Cotton Mather went after smallpox in early 18th-century Boston, Huckabee should make eliminating this malady a stated priority. If 2012 teaches the Republicans anything, it is that simply bashing Obamacare is not enough to get you to the White House.

To get beyond the Iowa Caucuses and the South Carolina primary, Huckabee also must be prepared to articulate a synthesis of modernity and religion.

This is crazy stuff to Arkansas Republicans. From Tom Cotton and Asa Hutchinson on down, they appear confident that “simply bashing Obamacare” is enough to get you elected to every office on the ballot in 2014. And they could be right, painful though it is to say. 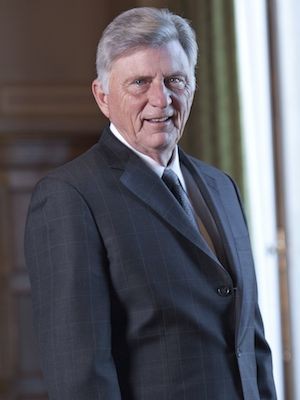 * AND GOV. MIKE BEEBE SAYS …. Not much news today, but Arkansas Business has posted an interview with Gov. Beebe about his budget for next year.  First up, the potential of the legislature not renewing the private option version of Obamacare Medicaid expansion. He notes it will throw 100,000 or more Arkansas people off health insurance coverage just months after they received it. And it will create a huge hole in the state budget. Good politics? To some bomb-throwing Republicans, yes. His budget, though not yet revealed, will call, he says, for increases in school and prison spending. The end of private option would upset all that and more. He mostly dodged the question of support for a minimum wage increase but did allow that the proposal to phase in an increase from our country-leading low wage is better than a one-fell-swoop increase. He reiterates he’d never run for public office again.