The  Republicans  think they have a winner in their old political warhorse, abortion.

Check out their advertising in the special election next week in Jonesboro for state Senate, featuring the Jon Hubbard-loving teabagger Republican, John Cooper, against mainstream businessman, Steve Rockwell, for the Democrats.

The Repubs have paired a photo of a somewhat louche-looking Rockwell with that supposedly devastating phrase “pro-choice.” This is meant to declare that choice is contrary to Northeast Arkansas values. Women have choice? Wimmin should do what the menfolk tell them to do and shut up about it. Any God-fearing resident of Northeast Arkansas knows that’s so. Right?

Perhaps the Republicans WILL prove right on this, at least among those motivated enough to vote. Anti-abortion voters are highly motivated. Those who believe in women’s medical autonomy have been spoiled by the U.S. Constitution and seem less energized even though that constitutional right has been  eroded almost to the point of non-existence in Arkansas.

Every Arkansas and national poll I’ve ever seen shows that a majority of Americans, and a bigger majority of women, are not ready to take away a women’s existing legal right to an abortion. Nor do they support Republicans’ efforts to put obstacles in the way of obtaining contraception, which, incidentally, prevents unwanted pregnancies and thus abortion. Republicans don’t want insurance companies to pay for contraception. They don’t want comprehensive sex education to help prevent unwanted pregnancies. They don’t want government to facilitate distribution of condoms or pills or devices to avoid pregnancies and the potential for abortion. And, most of all, they don’t want women to be able to end unwanted or medically problematic pregnancies, even if they pay for them with their own money.

These are Northeast Arkansas values? They are certainly not universal and I don’t think they are majority views either. A Cooper victory will be a meaningful measure to the contrary. And women will pay the price. Elections have consequences, as evidenced by the unconstitutional anti-abortion legislation passed by the 2013 legislature.

Speaking of invasive Republican values and women, I couldn’t help but share the graphic developed below for the Addicting Info blog post on the awful case in Texas where, as the blog put it, “Texas forces a dead woman to incubate a fetus.” John Cooper undoubtedly would hold this, too, to be a Northeast Arkansas value. 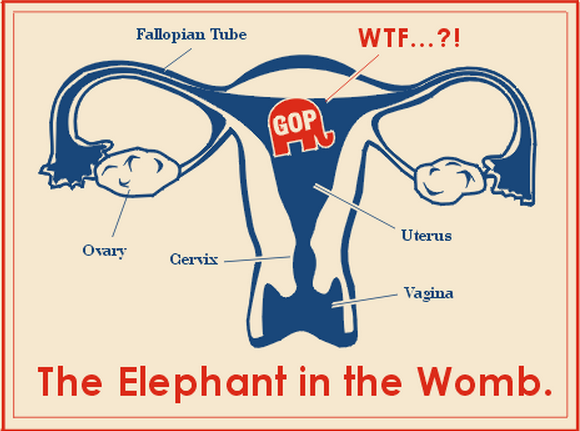