A quick roundup of odds and ends on the computer this morning:

* THE FIGHT AGAINST ABORTION: Rep. Andy Mayberry got back to me late yesterday on his reaction to the U.S. Supreme Court’s refusal to take up a lower court ruling invalidating an Arizona law that essentially prohibits abortions after the 20th week of pregnancy, the same as a law Mayberry passed over Gov. Mike Beebe’s veto in Arkansas last year.

Mayberry is undeterred. The Arkansas law added a lot of language, modeled after antiabortion strategy everywhere, aimed at lifting concern for the fetus and a contested theory of fetal pain above the woman’s medical interests  in making abortion decisions. A federal judge on the Arizona case had indicated some sympathy to this point of view, but offered the opinion that to be successful in making a case for a legal limitation based on a theory of fetal pain, Arizona perhaps could have crafted a constitutional bill by requiring anesthetization of the fetus before abortion. The issue continues to work through other courts.

In any case, here’s Mayberry’s theory, which antiabortion forces still hope to get before the Supreme Court eventually:

I am certainly disappointed in the Supreme Court’s decision today. However, there are some significant differences in the Arizona law and the “Pain Capable Unborn Child Protection Act” we passed in Arkansas earlier this year. Perhaps chief among those is the emphasis on the pain-capability of the unborn child as a compelling interest of the state to protect that life. Arkansas’ legislation is based on Nebraska law developed by the National Right to Life organization; Arizona’s was not. As I understand it, the ruling today does not affect the “Pain Capable” law that was passed in Arkansas and nine other states that have laws based on similar model legislation. I still firmly believe that Arkansas’ law protecting most unborn children past 20 weeks post-fertilization is constitutional, and I continue to be hopeful that the U.S. Supreme Court will rule that way if reviewed by that body. In the meantime, I’m happy we’re still saving additional babies’ lives in Arkansas.

PS — More here on the differing legal strategies by anti-choice forces in the Arizona and Arkansas (modeled after Nebraska) laws.

* BRAWLING IN BRYANT:  Did pestering aldermen prompt the abrupt resignation of Bryant’s finance director, as Mayor Jill ” Republican” Dabbs claimed yesterday? Or is the situation more complicated? Delving too deeply into Bryant politics is a thankless mission. But let me provide one quote from finance director Dennis Edwards’ that has a bearing on Dabbs’ assertion. The letter, which went to alderman, speaks of resistance from some city quarters on his effort to straighten out financial affairs, but not from the council itself (emphasis supplied):

… It is no secret to you, that we have meet significant resistance from several areas, outside of the Finance Department, as we attempted to implement or restore financial controls and place safe-guards back in place during the last several weeks in attempt to get a better perspective of the financial conditions, the quality of the data, and to move forward with a 2014 budgetary plan. Coupled with that increasing intensity of complaints and resistance, we were finally meet with threats. My commitment expired with the threats!

To borrow from your word and phrase below, it is truly “unthinkable” for you to expect anyone to stay and tolerate such conditions. It is obvious to me that several key areas inside The City do not desire such necessary changes be put back into place.

My decision is final, and no value will be gained continuing down the path we encountered or attempting to discuss it further. I am not willing to return, even for an interim period.

I have had an extremely positive relationship with the members of the City Council, and certainly have enjoyed working together with each of them during this short period of time. 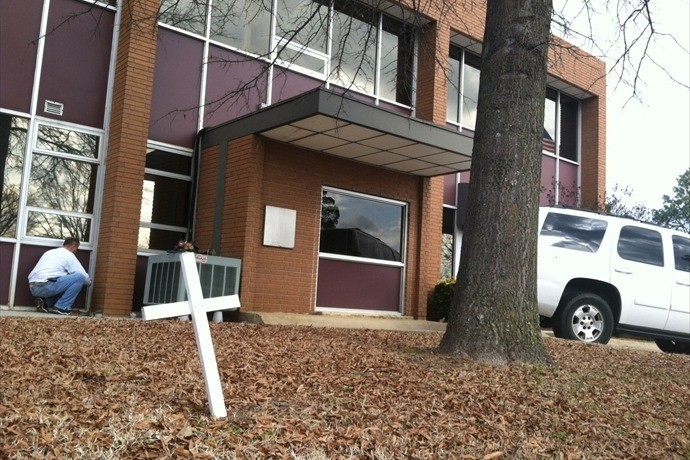 * SEARCY STANDS UP FOR JESUS: Interesting story from KARK. There’s a church in Searcy that makes crosses and places them all over town. One of them sits on the grounds of the Searcy police department. A group that advocates separation of church and state wants it removed. The police chief says hell no. Townspeople, as you might guess, think the group objecting to symbols of Christian worship on a public facility should go, well, somewhere other than Searcy. 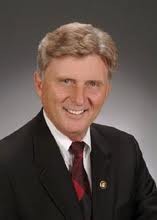 * MARK DARR: POLITICS CUTS BOTH WAYS: A consensus seems to be emerging to leave the office of lieutenant governor vacant after Mark Darr resigns Feb. 1 — if he does — and have the legislature pass a cleanup statute that removes the need for a special election for the office when a vacancy occurs in a general election year. I’m on record as agnostic on the issue. The office is worthless. It should be abolished. If we don’t fill it now the public loses no benefit and saves some election costs.

It is wholly disingenuous — make that  dishonest — to say ONLY Democrats have a political interest in the question of whether to hold a special election this year. The argument is that there is a debatable advantage for Dems in having their general election candidate, John Burkhalter, be able to run for the job while a couple of leading Republican candidates would have to be sidelined because of their current legislative jobs.

Gov. Mike Beebe is artful. He’ll have to be exceedingly artful in ignoring existing law for 10 days or more after Darr resigns but before the legislature, ex post facto, can give the governor a legal excuse not to obey the current law, which requires a special election on vacancy.