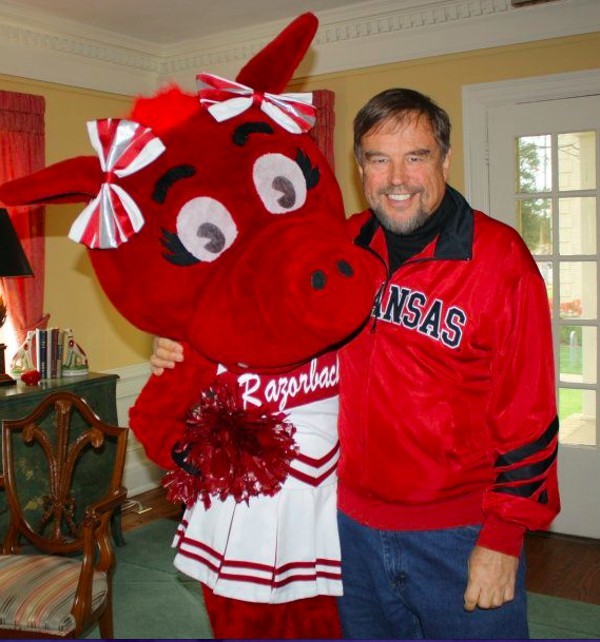 It looks more and more like this week’s University of Arkansas Board of Trustees meeting Thursday and Friday will be the climactic event in the long-running saga over deficits in the fund-raising arm of the University of Arkansas at Fayetteville and what culpability Chancellor David Gearhart has for that situation, as well as controversy over the degree to which Gearhart was willing to be transparent about the issue.

He has critics. Sen. Keith Ingram’s tough questioning of Gearhart when he appeared before a legislative committee was a manifestation of it. Gearhart supporters believe Ingram was carrying water for Gearhart critics, including the Tyson family and allies. Mishandling of a $1.57 million Tyson gift to the university — booking it first to the cash-short Advancement Division rather than to the restricted fund for which it was intended — was one aspect in the financial problems. But Gearhart’s people hold fast to a unified conspiracy theory that Tyson opposition (if there indeed be such) all goes back to Gearhart’s acquiescence to Athletic Jeff Long’s decision to pass over Butch Davis for Bret Bielema as Razorback football coach. Davis is a life-long friend of John Tyson. I’d be more inclined to think broader issues are at work, from the money mismanagement to a lack of straight talk to, recently, some doubts about the Gearhart administration’s commitment to the UA Press, bailed out by a Tyson contribution 15 years ago but slowly being beggared by the university since.

Today, Gearhart fan Mike Masterson, the Democrat-Gazette columnist, wrote lavishly in praise of Gearhart, including a list of UA achievement bullet points that read like a handout fresh from the UA PR factory. It’s available only to subscribers, but here’s his conclusion:

Our state and UA’s Board of Trustees certainly have many more reasons to be proud (and fully supportive) of during Gearhart’s chancellorship than justification for abandoning integrity out of political (or other) pressures and further hammer this man who already has provided so much to higher education in Arkansas.

The much-publicized deficit has been rectified through ample reserves. Those responsible are gone. Necessary reforms are in place, and I’m certain trustees would agree it’s well past time to get on with lifting the university to even greater heights.

Not coincidentally, a letter also appeared in today’s paper from Boyce Billingsley of Bentonville calling for an end to “petty politics” and the paper’s rehashing of the financial story in the news columns. She wrote:

Why don’t we see praise and good news about an Arkansas university from an Arkansas newspaper? What about the high quality of education,professors, staff and students that grace the campus? This is all happening under the guidance and leadership of Chancellor Gearhart.

Billingsley and her late husband George are old-school UA supporters. They received the chancellor’s medal (from John White) in 2005.

And that brings us to J.M. Smith III of Houston, Texas, who laid out more than a few hundred dollars for the ad shown at top in the Sunday Democrat-Gazette, which reaches a good quarter-of-a-million subscribers plus friends and family. My web searches have been cursory and I haven’t run him down yet. His address is in a downtown office tower. Anybody know him?

Gearhart has many friends on the UA Board. Example: Trustee Sam Hilburn, who’s not likely to make the meeting because of medical treatment, wrote a letter to place in the record in full support of Gearhart.

Got an opinion yourself? Here’s a link to e-mail addresses to trustees to be heard. Today: I’d predict Gearhart survives, J.M. Smith III and his “friends” notwithstanding.

UPDATE: I now see veteran columnist Brenda Blagg has written her Sunday column for the Northwest newspapers on the same subject. (subscription required.) She believes, as I do, that Gearhart will survive, but believes the Board and the rest of the System must be careful about how it handles lingering questions. She says the must be worked through “thoroughly and publicly.”  Her conclusion:

Public boards represent the people out here who pay taxes. These trustees are the public’s eyes on how the UA uses the money it is entrusted to spend.

The last thing that should happen is for this board to be seen as representing the administration it oversees more than it does the public’s interest.

Now, those interests may indeed be the same. The best way to persuade a skeptical public, however, is through a lot more openness than the UA has sometimes shown.