Slow day, not surprising for a holiday. But my phone’s been buzzing about downtown Little Rock (and with the buzzing outside my window where a parking deck is going up adjacent to our home in the Heritage West building at Markham and Scott Streets.)

There’s tech park talk, for one thing. Will that project, with the gestational period of a herd of elephants combined, ever get going? And will it get going downtown, or will the resistance of Tech Park Authority members Mary Good, Bob Johnson and Dickson Flake, through Flake’s hand-picked adviser Charles Dilks, finally defeat that? Jeff Yates, the real estate man hired to locate space downtown, will be under careful scrutiny to be an even-handed intermediary.

Doug Meyer tells me his Terraforma LLC real estate development company is converting 823 Main, the former Peerless Engraving building, into Downtown Storage. It will be a climate-controlled facility for document storage and, particularly, extra closet space for the hoped-for rising tide of apartment and condo dwellers in the buildings being redeveloped downtown.

And speaking of Doug Meyer: He figures prominently in one of the hottest rumors of the moment, that a redevelopment is planned of the Fulk Building at Third and Main, occupied by his wife Sheree’s Bennett’s Military Supplies, a 146-year Little Rock fixture.

One rumor has it that Cranford Johnson Robinson Woods, the ad/PR firm, is looking at leasing the building as a new home. The firm, currently leasing on Capitol Avenue, is reportedly attracted to the developing “vibe” on Main Street — tech park, creative corridor, arts institutions and so forth.

Here’s what CJRW said, in a statement from CEO Wayne Woods:

For several months, we have been taking a close look at what we will need in terms of facilities as the agency continues to develop in terms of services, technologies and professional staff. That assessment has included our current location in downtown Little Rock, as well as other options that there may be. The process is ongoing and there is no particular timetable for a final decision. Any decision will be based on what is in the best interest of our clients, our company and the community moving forward…..Wayne Woods, Chairman and Chief Executive Officer, Cranford Johnson Robinson Woods.

Meyer said he was bound by confidentiality. But he acknowledged being at work on a potential tenant for the Fulk Building and also for the building his Crystal LLC recently acquired across the street at 301 Main, where Mr. Cool has been a tenant. Whatever happens, he said be sure to mention that Bennett’s Military was going to stay in Little Rock, preferably on Main Street, whatever happens.

That ain’t all. Word’s circulating of even bigger deals farther south. I hope to be able to pass along more soon. 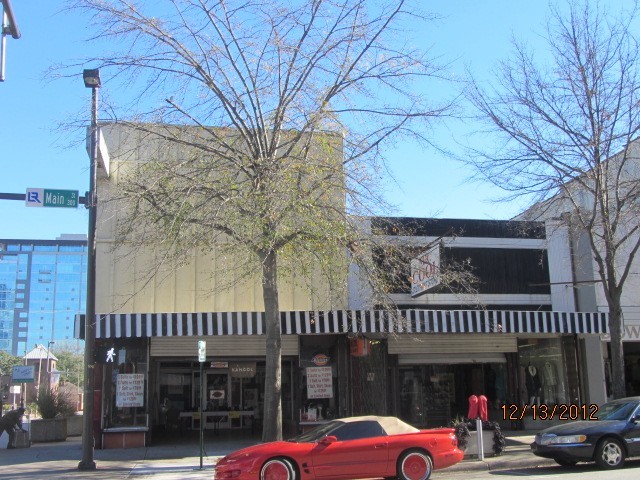