I’m out early today to head to a newspaper meeting. I may get back to a computer. But others will be around to fill in. Noted:

* JUICY GUBERNATORIAL GIVING: Talking Points memo provides a listicle of the eight juiciest bits of the indictment of former Virginia Gov. Bob McDonnell for grabbing gifts with gusto from a politically connected source. First off:

In December 2009, after a successful Election Day, the McDonnells allegedly met with Williams at the Four Seasons Hotel in New York City. Bob McDonnell was in town for a political event. During their meeting, Maureen McDonnell asked Williams for help finding a designer dress to wear at her husband’s upcoming inauguration. One of Bob McDonnell’s senior aides soon raised concerns about the idea of Williams buying Maureen McDonnell a dress — which set her off.

“I need to talk to you about Inaugural clothing budget,” Maureen McDonnell wrote in an email to the aide on Dec. 21, 2009. “I need answers and Bob is screaming about the thousands I’m charging up in credit card debt. We are broke, have an unconscionable amount in credit card debt already, and this Inaugural is killing us!! I need answers and I need help, and I need to get this done.”

Later, Maureen McDonnell told Williams she would take a “rain check” on the dress.

Humming “Moon River,” I went to the way-back machine for a 1999 document that recorded a $23,000 inaugural wardrobe gifted to an Arkansas First Lady by the inaugural committee (sources of dough not clear) and many gifts (clothing, food, flowers) from a future gubernatorial appointee. And lots, lots more loot besides, including loans of equipment from another member of a state commission. Another member of a state board, a State Police commissioner, also gave that First Lady a gun. So perhaps I best shush.

* ARKIES LIKE TO BLOW STUFF UP: Thanks to David Koon for his report on some good ol’ boys up around Highfill who took 20 pounds of explosives, stuffed the material in a dryer and shot it with a rifle to blow it up, causing quite a boom and fireball and lots of tee-hees from assembled watchers. And, David remarks, he can’t take three ounces of shampoo on an airplane.

* SECURITIES COMMISSIONER ON THE CARPET: Heath Abshure, the state Securities commissioner, got a grilling from legislators today for working out payments to a securities industry agency rather than fines for some violations by securities firms. Stephens Inc., which paid a fine rather than accept such a settlement, is hot and bothered about it. Which naturally means Republican legislators are hot and bothered about it. Abshure compounded his problems by failing to report on his annual required financial statements that he’d taken trips at the industry group’s expense to training conferences and the like when he was an officer. I think he can defend the larger issue of payments in lieu of fines — a practice employed elsewhere — more easily than the smaller issue — not reporting his travel, unexceptional and business-related though it may have been. Here’s all the background, save the unreported business travel paid by the North American Securities Administrators Association. 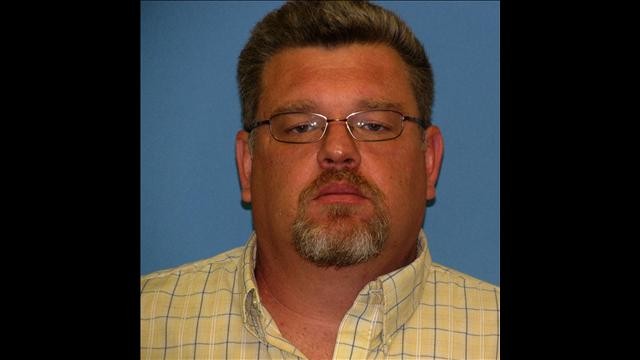 * BENTON COP CHARGED WITH RAPE: Authorities have announced the arrest of Benton Police Lt. Monte Hodge on a rape charge. He’d been on leave since late October while the matter was under investigation. Fox 16 reports.