An Oxford House at 101 Plaza Drive, a resident-run home for recovery alcoholics and drug users that drew much neighborhood opposition when it opened and sparked a debate by the City Board of Directors over the oversight at such group homes, has closed, a neighbor of the house says. Its phone number no longer works. Sgt. Cassandra Davis, spokesman for the Little Rock Police Department, is checking on report by the neighbor, Allen Klak, that three police cars were at the residence recently. Klak called another Oxford House, at 102 Brookside Drive, to inquire and they confirmed there had been a problem but declined to elaborate. Klak was directed to the police department’s violent crimes office by the Northwest Patrol Division but, like the Times, was unable to get in touch with the office.

A Times cover story last June examined the introduction of Oxford House Inc. in Arkansas, which had been operated with a grant from the Arkansas Department of Behavioral Services at the behest of state Rep. John Burris of Harrison, and problems with its record keeping along with protests by the Plaza Heights neighborhood to the City Board over the house located on Plaza Drive. There is an Oxford House still in operation at 102 Brookside Drive and in cities in Northwest Arkansas.

Jackson Longan, an Oxford House regional director in Texas, said he did not know the house had closed. The Alcohol and Drug Abuse Coordinating Council voted to not contract with the non-profit in the 2014 fiscal year, so there are no longer Oxford House Inc. outreach workers in the state. He said he “would hope that the residents would call the main office” to report if a house had been shut down.

The Oxford House model, a national recovery program that relies on peer counseling in a home setting, has had trouble in Northwest Arkansas maintaining enough residents in homes to pay the rent, Longan said. Without outreach directors, the houses are struggling to communicate with DBHS or departments of community correction to set up interviews of potential housemates. 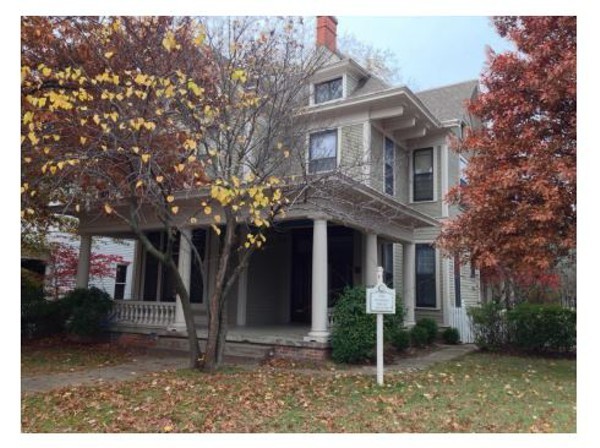 The issue is timely for residents of downtown, where another house for substance abusers, the Muskie Harris Recovery Service at 20th and Broadway, has been met with neighborhood opposition. The Capitol Zoning District Commission will discuss a conditional use permit for the home at its 5:30 p.m. meeting tonight at 4:10 S. Battery.

Under the federal Fair Housing Act and the Americans with Disabilities Act, recovering addicts and alcoholics are considered handicapped and as such group homes can’t be regulated more strictly under municipal zoning rules than other homes for the handicapped.