I’ll be traveling today and so unless one of my colleagues can chip in, posting will be light. A morning check reveals not much news except mayhem, from a mall shooting in Maryland to LRPD overnight reports. 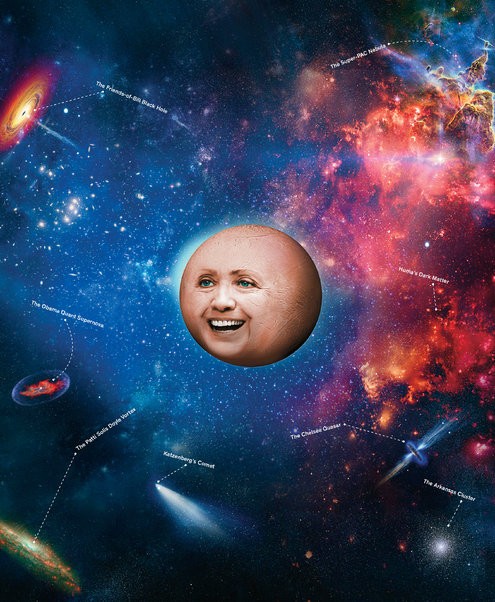 * HILLARY’S WORLD: Who’s in and who’s out is the subject of an extensive cover story in the New York Times magazine. Some local names pop up in the account, including yours truly, in passing. I sometimes think this game of eternal fascination among the political class is of little meaning to the public at large, but expect more of it as Hillary Clinton makes what now seems like a certain march toward the 2016 presidential campaign.

Perhaps of more interest is some noise about the cover. Media Matters, and many others, have written that the Times has always run far more flattering cover photos of other presidential candidates. A Times blog endeavors to explain how they arrived at the man-in-the-moon treatment of Clinton.

Then the public editor weighs in on the unhappy comments, with liberal quotes from critics ranging from Andrea Mitchell to Vanity Fair to Matt Yglesias. The Times, naturally, defends the concept.

I’m sad to see more innocent victims gunned down in a “gun free zone.” Statistics indicate that all but one mass casualty shooting in the last 50+ years took place in a “gun free zone” where law abiding citizens were denied their right to self defense.

I’d like to see the stats on the number of people killed in places where guns were allowed, such as 3224 Elam Street, where young Shoncoven Smith was gunned down. The logical extension of Nate Bell’s argument is that we need more guns everywhere. So I say again: Why won’t legislators introduce a bill to allow guns in the state Capitol? Public safety demands it. And open carry, too, lest anyone have any doubt that fire will be met with fire.

* THE PUBLIC SPEAKS ON MARK DARR: Talk Business/Hendrix poll says 75 percent agree Lt. Gov. Mark Darr should resign. That day approaches. Do you know where the money he owes the state is?

Polling question that wasn’t asked. We’re going to give you a name, Mark Darr. Can you identify him?

No offense, but I think this poll is bunk. It says 45 percent valued honesty most in a candidate, while only 19 percent said similar views were most important in choosing a candidate. In the current climate, I’m not sure Mark Darr wouldn’t beat Shane Broadway again, particularly if he could find money for some campaign ads featuring Barack Obama.