* IS HILLARY CLINTON TOO OLD TO RUN FOR PRESIDENT?: Clintonphobia is already in full flower, more than two years from the next presidential election and Hillary Clinton not yet a declared candidate. Both ageism and sexism get a push from who else but Mike Huckabee, who spouted off on Fox News. From Howard Kurtz, a Republican-friendly pundit at Fox:

Mike Huckabee, the Fox News host who is weighing a second White House run, used an interview with Bill O’Reilly to float the issue. He isn’t sure Clinton will run, Huckabee said: “She’s going to be at an age where it’s going to be a challenge for her.”

For durability and energy, I’d put the 66-year-old Clinton up against the 58-year-old Huckabee any day. The Huckabee crack was enough for Kurtz to expand on HIllary Clinton’s age at some length. And to get others to agree that an old woman probably would face a double whammy versus simply an old man, like say, Ronald Reagan, who was a few weeks short of 70 when he took office for the first of his two terms. Clinton would be about eight months younger at her inaugural. Kurtz quoted Charlie Cook as among those skeptical about a Clinton race. Kurtz at least included this:

Columnist Froma Harrop took issue with Cook’s assessment: “Both men and women face age discrimination, but it’s no secret that for women, ageism mixes easily with sexism. And obsessing over a woman’s year of birth is often a slightly more respectable substitute for the latter.” 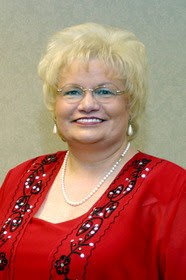 * CAMPAIGN FILINGS CONTINUE: Candidates continue to trickle in, most already well-known. You can go here for the list so far. Filing runs through noon Monday. The Democratic Party had a small surprise, the filing of a candidate for state treasurer with both political and relevant business background. Democrat Martha Shoffner resigned the post after being arrested in a bribery scheme. Two Republicans are running, state Rep. Duncan Baird and former GOP chair Dennis MIlligan. Said a release:

Today Karen Sealy Garcia, CPA and City Director from Hot Springs, announced her candidacy for Arkansas Treasurer. She filed her paperwork today at the Capitol in Little Rock.

“It’s time to clean up the office of state Treasurer. I’ve been a CPA for 30 years and I’m ready to use my skills to make sure our state saves money where it can and makes sound investments,” Karen Garcia said. “With my business acumen, my years of experience in the private sector, and my fiscal conservatism, I know I can help make our state run more efficiently. This office needs a professional and I have been responsible for multi-million dollar budgets for years and I am ready to stand up and serve the people of this great state.”

Garcia, retired from Weyerhaeuser, has 30 years as a CPA, including as strategic program manager for the Southern Sales Center. She handled purchases and sales for the company in the U.S. and abroad. A city director since 2011, she also serves on the Advertising and Promotion Commission and with a number of civic groups.

* HERE WE GO AGAIN: Another M.L. King Day, another college fraternity under investigation for thinking it would be a dandy day for a “racially themed” party full of familiar stereotypes. If Pi Kappa Alpha at the University of Arkansas did as described, surely some unflattering Facebook photos will appear shortly. Partying Pikes were said to have guzzled 40-ounce beers and chomped Popeye’s chicken.

….. hey ….. wait a minute. I’ve guzzled a few 40s and eaten some Popeye’s. Did I do something racially offensive? Maybe there were making fund of old, fat, cheap white men with a taste for spicy food.