The icy Monday line is open. Some other news:

* FILING IS DONE: Election filing was completed today. You can review all the state level of filings here. No big surprises today. A Republican friendly to the Chamber of Commerce/tort reform takeover of the judiciary, Court of Appeals Judge Rhonda Wood, was unopposed for a state Supreme Court seat. As the day ended, Republicans led Democrats 35-27 in races where no major party opposition existed. The other 38 are contested. That gives a strong edge to Republicans in holding its 51-seat majority, Republicans also touted their 21 female candidates. Some shuffling in Pulaski circuit races. Cathi Compton wound up unopposed for an open seat. Ernest Sanders Jr. and Mike Reif will vie for another. And Valerie Bailey filed on the last day to oppose Judge Tim Fox, who’s sat on some big cases, including a billion-dollar award against a drug company now on appeal.

* YES SIR! Conrad Reynolds, a Tea Party Republican who filed for 2nd District Congress, changed his name to legally Colonel (he’s retired from the service) so he could use it on the ballot. You can still safely bet against him.

* SHOFFNER TRIAL DELAYED: The trial of former Arkansas Treasurer Martha Shoffner on charges of taking money from a bond dealer for state business was postponed today because of the bad weather. The pre-trial hearing will be at 3 p.m. Tuesday and jury selection will begin Wednesday morning.

* NO STATE DOES BETTER BY ITS COLLEGES: The state’s colleges and universities have led the lobbying charge to adopt the Medicaid expansion under Obamacare because the extra money it brings protects increases in support they’ve won under the Beebe administration. There’s a chart in the following story that tells you how well Arkansas does relative to other states. The article is from the Chronicle of Higher Education and talks about how Americans are losing the will to support colleges financially. But check out the chart with Pew figures on the declining support from colleges among states and the projection, based on current trends, when states will stop supporting colleges completely. Arkansas will be dead last, by a mile, in 2267. Under current trends, state support could end in some states within 10 years.

* EARLY VOTING DELAY: Because county offices won’t open until noon tomorrow, early voting in the March 11 special election on a property tax for Pulaski Tech won’t start until noon tomorrow. It will continue until 5 at the county election commission offices on Broadway and the Laman Library in North Little Rock. 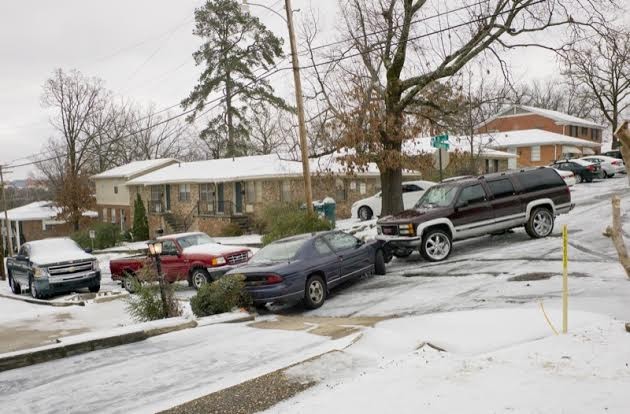