The Ready for Hillary Super PAC had a fund-raiser in North Little Rock last night and old Clinton hand Craig Smith made the media rounds beforehand about the group’s effort.

His visit with me underscored how much things have changed since Smith  was on the front lines as a former Bill Clinton gubernatorial staffer in the 1992 Clinton presidential campaign. Pre e-mail, we both recalled.

Today, the Ready for Hillary campaign is channeling the Obama model of working all the social media connectors — Facebook, Twitter, Tumblr and so on — to build digital lists of people committed to the cause of a Hillary Clinton presidential candidacy in 2016. This PAC is not just about raising big money from a few billionaires and buying TV ads. It’s a grassroots PAC. He said 23,000 people had already contributed at the $20.16 level. The idea is to build a national voter list, related data and willing volunteers.

He said this, too, about the “inevitability” question. (Remember 2008, when Hillary’s nomination was a foregone conclusion?) Nothing is being left to chance. A lack of primary organizing in 2008 won’t be replicated in 2016. For example, he said Iowa Democratic county committees would be meeting today and that the Ready for Hillary organization would have a representative at all 99 meetings. Similar organizational efforts are underway in other early primary states.

Does it mean Clinton is running? Smith says he doesn’t know and wishes he did. He can’t talk with the candidate or her husband lest the Super PAC violate non-coordination rules. If she does run — and that decision isn’t likely before November because her decision to enter will take millions that might go to other candidates — then the grassroots information the PAC has provided can be rolled over into the campaign in a variety of ways and the PAC will go away. The PAC does coordinate with other super PACS, such as the Correct the Record PAC staffed by old Clinton loyalists and headed by former Clinton foe David Brock. It is doing what its name indicates: Providing instant war-room-style response to what it sees as erroneous, misleading or incomplete reports about Mrs. Clinton.

PS — If Hillary was definitively NOT running, this PAC wouldn’t exist.

PPS — Michael Cook tells me about 150 people from all over Arkansas attended last night and pitched in $36,000. That’s Craig Smith at right speaking last night. 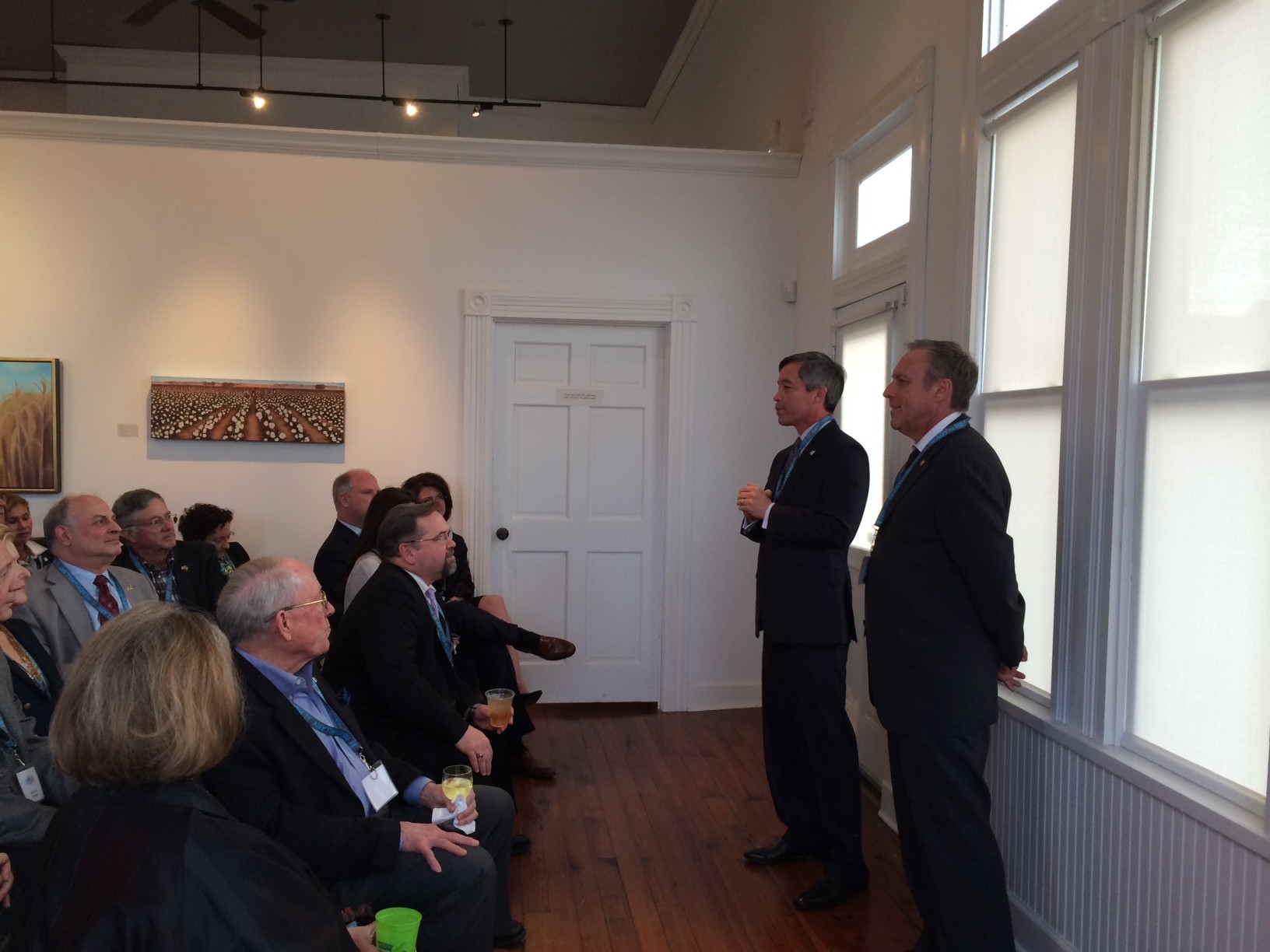