The Arkansas Democrat-Gazette today reported on the coincidence of timing of an extraordinary ruling in a nursing home case by Circuit Judge Mike Maggio and the establishment of PACs that received contributions to Maggio from the owner of that nursing home. The article did not mention the outlet that broke this story — a significant omission.

Apart from a comment from nursing home owner Michael Morton of Fort Smith, the D-G article had no important information that hadn’t been first discovered and reported by Blue Hog Report.  Yet no credit. It was necessary even if the Democrat-Gazette was working on the story too and was beaten to the punch, in spades, by several days.

One other note on D-G article: It mentioned in passing that Morton has given contributions to other judicial candidates. Yes, and the Waltons own a few grocery stores.

As I’ve reported, Michael Morton accounts for the majority of campaign fund-raising by TWO members of the Arkansas Supreme Court on the ballot this year — Karen Baker and Rhonda Wood, both alumnae of the Faulkner circuit court.  They received money from the particular nursing home favored by Maggio’s $4.2 million verdict reduction. Morton has also poured significant sums into Robin Wynne’s race for Supreme Court and the judicial races of Troy Braswell, Doralee Chandler and David Clark in Faulkner County. In Chandler’s case, Morton accounted for $12,000 of the $12,800 she’s raised so far.

As I wrote yesterday, the degree of financial influence in a race — though legal insofar as contributions are concerned — can create an ethical bar to judges hearing cases.  When a single industry — or in these cases, a single player operating through multiple corporate veils — assumes so much influence in political races, it seems more newsworthy to me than a sentence reference to “other contributions,”

Morton’s contributions to Maggio will add to the Judicial Discipline and Disability Commission’s review of the judge. The family of the woman whose suffering was ignored by the nursing home Maggio favored has filed a complaint. He was already under review for on-line injudicious commenting and disclosure of a confidential adoption proceeding transferred from his court to that of another judge. Do coincidences make a case? No, but if people start giving testimony under oath, more may be revealed than is now known.

Morton, naturally, told the DOG that his contributions were coincidental. It would be wrong to give a contribution in return for a favorable decision, said he. Yes. 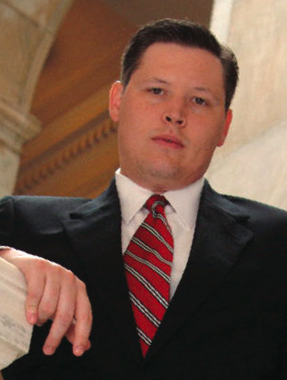 It was interesting that Morton seemed to disavow creative control of the PACs through which money was funneled to Maggio. He directs attention to Maggio’s campaign and says he doesn’t know Chris Stewart, the Little Rock lawyer, who was listed as agent for the PACs. Chris Stewart is, like all the political figures in this saga, a Republican (former candidate and aide to Asa Hutchinson) and close to players on the judges’ side including their campaign consultants at Impact Management. He’s also tightly aligned with the Arkansas Family Council. Somebody needs to ask Jerry Cox about the familial interest in working for people who reduce judgments awarded for pain and suffering of old people. Stewart is a grad of Jerry Falwell’s Liberty University and Pat Robertson’s Regent University law school and a foot soldier in the battle against marriage equality, among other ignoble pursuits. (Tangent: If you think the Family Council is really a pure religious lobby and not a Republican front, note that its candidate questionnaire this year includes asking where candidates stand on the Keystone XL pipeline. Environmental risk is good for families, see?) Stewart also has worked as lobbyist and general counsel for the Republican Party.

But back to the original point: No matter what original work and further research was done by the Democrat-Gazette, today’s story wouldn’t have been contemplated, much less written, but for Blue Hog’s reporting on Maggio. I’d been banging the drum on his Morton nursing home money for weeks, but Blue Hog did the deep paperwork that revealed the timing and trickery that really gives the money its stench.

Secondary point: Regnat Populus, the grassroots ethics group, wants to end the sham of evading campaign finance limits through multiple contributions from different corporate creations of the same person. A $2,000 limit for Michael Morton is, clearly, meaningless in the tens of thousands he’s directed to judicial candidates. He has almost as many corporate and PAC creations as the Waltons have stores in Arkansas.