The first same-sex couples in Arkansas have received marriage licenses in Eureka Springs.

The first to marry were Kristin Seaton, 27, and Jennifer Rambo, 26, both of Fort Smith. Minutes after the couple received a license, Fayetteville minister Laura Phillips accepted their certificate and performed the marriage. They’d been together for four years.

After Circuit Judge Chris Piazza overturned the state’s ban on same-sex marriage yesterday, Rambo and Seaton got in their car to head to Little Rock, hoping to be married this morning, the AP reported. When they learned the Pulaski County Courthouse wouldn’t be opened, they headed to Eureka Springs, where they slept in their Ford Focus after arriving at 2 a.m. They woke up every 30 minutes to make sure they were at the front of the line.

A deputy county clerk had earlier refused to issue licenses. The county clerk was away, and the deputy, Lana Gordon, said she was concerned yesterday’s ruling didn’t apply to Carroll County. She’d asked the attorney general’s office for an opinion; when she didn’t receive one, she closed the courthouse and sent the 100 or so people away. Minutes later, another deputy clerk in training, Jane Osborne, announced she would issue licenses. Osborne was “happy to do it,” she said. She had been scheduled to handle voting duties that day and switched jobs with the other clerk.

As we reported earlier today, the Association of Arkansas Counties has scheduled a conference call for county clerks and county attorneys at 2 p.m. today to discuss ramifications of the Piazza ruling.

The e-mail notice of the conference call went to all parties with a copy of Judge Piazza’s summary judgment and finding that the law prohibiting issuance of licenses to same-sex couples is unconstitutional.

So a lot of other people are going to be married on Monday. 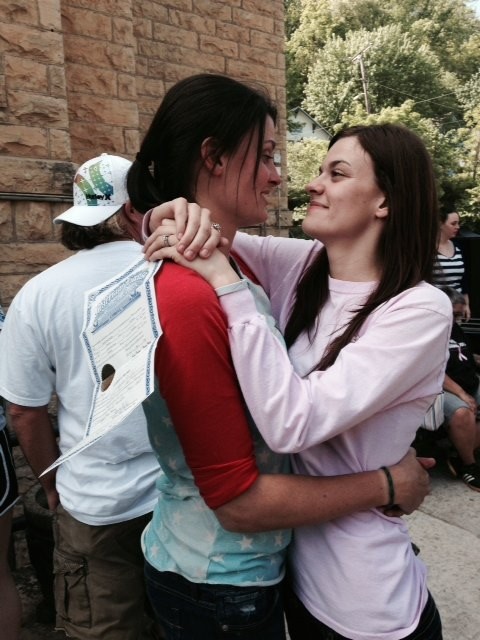 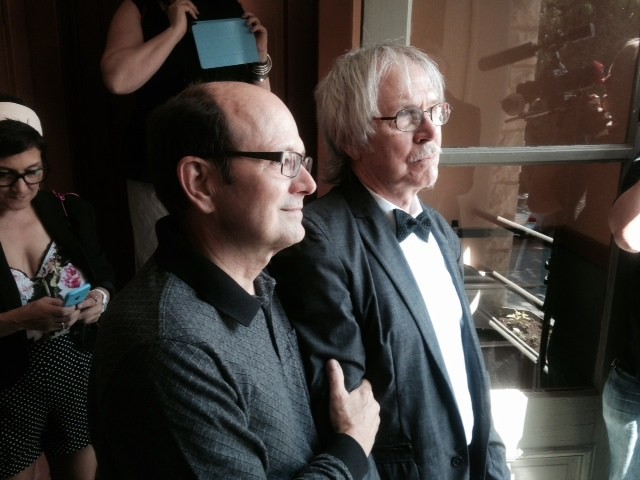