Read this month's issue
Browse the issue archives
Advertisement
Home Arkansas Blog Morning in Arkansas: Tastes like freedom. But will it ring in Eureka... 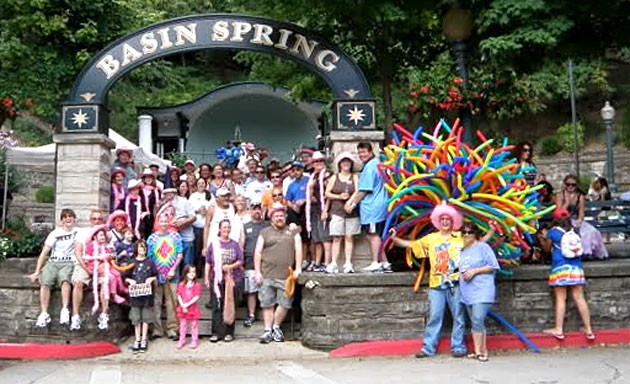 I’m happy to report that my marriage and family remain intact this morning despite the fact that Circuit Judge Chris Piazza struck a ringing blow for equality yesterday by striking down the ban on same sex marriage. For now, I’ll stick with my wife.

Excuse the snark as Arkansas begins to work through details of his historic ruling, including likely attempts of couples newly empowered to marry today.

The Arkansas Times will be in Eureka Springs today to see if any couples seek a marriage license from the clerk’s office, which is customarily open on Saturday in Arkansas’s marriage capital. Carroll County was not a named defendant. A clerk there might or might not choose to be guided by a trial court opinion in Pulaski, depending on guidance from a county attorney. And, indeed, I’m hearing by the grapevine that the deputy clerk in charge there today may refuse to issue licenses to same-sex couples.

Attorney General Dustin McDaniel will ask for a stay of Piazza’s ruling. I suspect some licenses will get issued in Pulaski County Monday morning before a stay can be issued by either Piazza or the Arkansas Supreme Court. Plaintiffs will argue against a stay. Enough discrimination is enough. But realistically, months of appeals lie ahead and the ultimate shape of the decision by  the Arkansas Supreme Court is not certain. In other states, windows of marriage have opened and closed and states have subsequently refused to recognize the loophole marriages.

But let’s not let technicalities cloud the overarching news. Times are changing. Moderate people recognize it. You see it in a noticeable scarcity of outrage and spite on social media, except from the most hardened foes of equality. Time marches on. Attitudes change. Most important, openness has produced a world in which it is a rare person or family without a close relationship — friend, family, co-worker — with someone who is gay. The human spirit leans toward tolerance, if not at the Arkansas Family Council.

I was happy to hear last night from Brandon Brock, an Arkansas native who now lives in San Francisco and is a leader of a chapter of the local support group of families and friends of gay people, PFLAG.

This is a letter to the allies; to the judges and mothers and fathers and neighbors.

Those Arkansans who defiantly stand up to their neighbors who preach against their LGBT family and neighbors are the ones who deserve the accolades today.

Today’s historic decision in support of same-sex marriage will not negate the years of trauma from the locker rooms, the classrooms and the floor of the Arkansas legislature that Arkansans, both young and old, have endured.

May 9, 2014 has already had an impact on our fellow Arkansans.

When I was a kid growing up in Russellville, I listened for any voice in the media who might be a sound of support for myself and those of my orientation. Among the hate from the pulpit and campaign trail and the elections, I rarely heard those voices of affirmation. But I kept listening.

They’re out there, listening, and I’m so grateful that today’s ruling speaks to the ideals of equality and neighborliness that they need to hear.

For the mothers and fathers and grandparents and families who affirmed and embraced their different children: today is for you. A supportive family gives us the backbone to be proud of ourselves and today, the words of encouragement are codified in a legal ruling that’s a love letter to our future.

Today is a glimpse into the future of Arkansas: families embracing love instead of exclusion, a majority recognizing that gay, lesbian, bisexual and transgender Arkansans are truly their neighbors.

To borrow the words of Judge Chris Piazza, we are all stronger for it. I’ve never felt as Arkansan as I do today.

This is the thing that the hardened opponents don’t want to understand and want to perpetuate — the tyranny of a majority that not only deprives a minority of rights, but allows the affliction of shame and harassment on other human beings, even children.

Brock, who grew up in Russellville, wrote me last year about hearing me speak in 1997 at Boys State. I spoke, as I always do, about equality for gay people. He remembered how much those words meant to a closeted gay teen in a “sea of animosity.” He was not, after all, alone. Happy ending. He met his first boyfriend at Boys State. He’s married. And he’s as happy as I am about Judge Piazza’s ringing words:

It is time to let that beacon of freedom shine brighter on all our brothers and sisters.