Our Reporter in this week’s paper takes a look at three GOP state Senate primaries that could determine the future of the private option. We noted that independent advocacy groups have been aggressive about going after Republicans who voted for the private option. You can see Rep. John Burris, vying for an open Senate seat in District 17, getting a dose in the television ad above (four mentions of Obamacare in 30 seconds!).

A dizzying array of advocacy groups — at least ten 501c4s, 501c3s, PACs, and independent expenditure committees — co-founded and at least partially funded by Fayetteville businessman Joe Maynard, a vocal critic of the private option, have spent or donated tens of thousands of dollars this election cycle, focused on opposition to the private option. Much of it has been aimed at Burris, one of the co-sponsors and key Republican backers of the private option. (Maynard himself and his business have also donated to candidates opposing the private option.) One of the groups, Conduit for Commerce, recently put on a pair of townhalls on the private option in District 17, for which they flew in frequent private option critic Ed Haislmaier of the Heritage Foundation. The events, titled “Is the Private Option the expansion of Obamcare in Arkansas?” also featured nine legislators who voted against the policy. Because Conduit for Commerce is a 501c3, these events were ostensibly educational rather than political, though the group’s Facebook page advertised that Burris and his opponent Scott Flippo would be in attendance at the townhall in Harrison (Flippo opposes the private option; a third candidate, considered a longshot, supports the policy).

The most visible of the various groups has been the independent expenditure committee associated with Conduit for Action, a 501c4. They have done one mailer attacking incumbent Sen. Bruce Holland and three attacking Burris for their votes for the private option (see below), as well as the television advertisement above. Burris says the attacks are “very dishonest”; Conduit for Action’s governmental affairs director says that all of their material is footnoted with sources. More here.

Meanwhile, Americans for Prosperity has stayed out of the Burris and Holland races but has targeted private option supporter Sen. Bill Sample, who is facing a primary challenge from private option opponent Jerry Neal, with two mailers (including one criticized by factcheckers for implying that Sample had been responsible for Medicare cuts). Sample calls AFP “an out-of-state entity that’s trying to buy a Senate seat.”

“AFP is the strange one of the bunch,” said Sen. Bryan King, one of the most vocal opponents of the private option in the legislature. “I don’t even know what [AFP Vice President of State Operations] Teresa Oelke’s thinking. I really don’t. They put out mailers in one race, but they don’t in others. I don’t understand it, it doesn’t make sense to me. There’s a lot of us conservatives…I don’t know what in the world she’s thinking. They say one thing and yet do something else. There’s something weird going on.”

“AFP looks at the total scope of policies and historical support or opposition for economic freedom, as well as other areas of interest on issues,” Oelke said. “We do not make an assessment regarding policy advocacy on a single policy vote.”

After the jump, the mailers that Conduit for Action’s IEC has sent out targeting Burris and Holland (my understanding is that an IEC can do direct advocacy for candidates; I’ll leave it to the lawyers whether this IEC is a sufficiently separate entity from the 501c4 with which it’s affiliated). Flippo himself has also gone after Burris on the private option (one mailer says “John Burris chose to work for Obama rather than Arkansas”). In a radio ad, Burris pushes back. 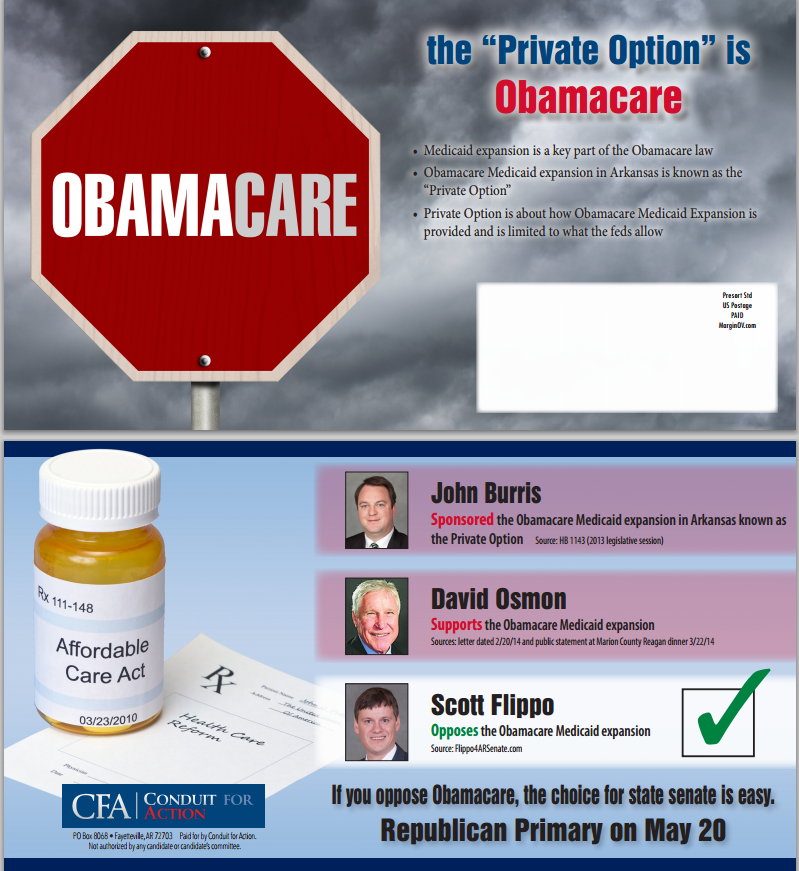 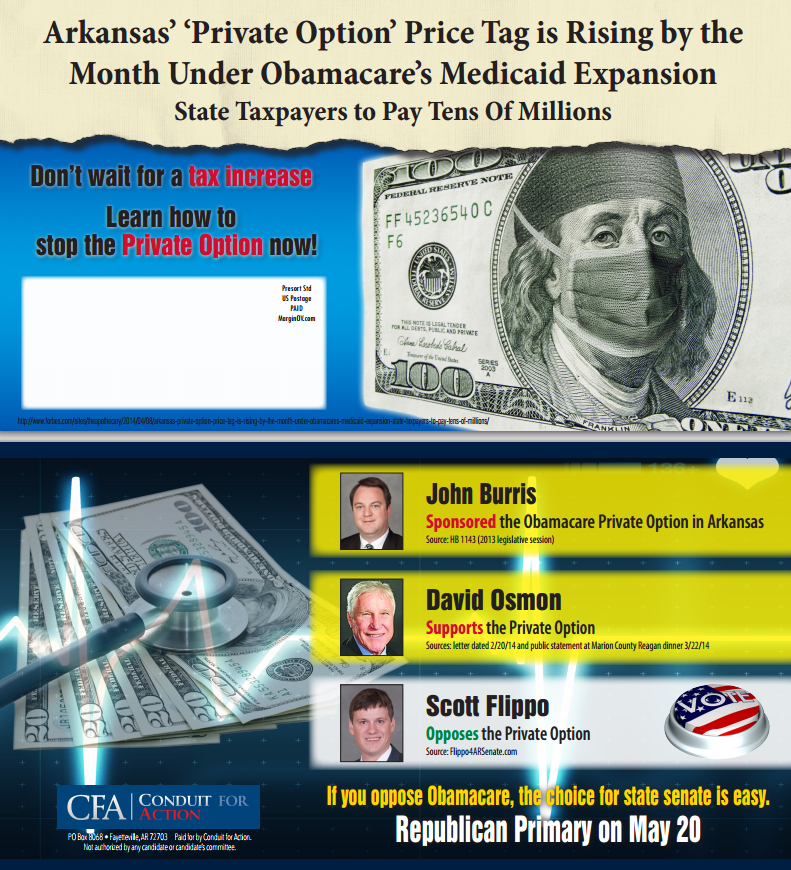 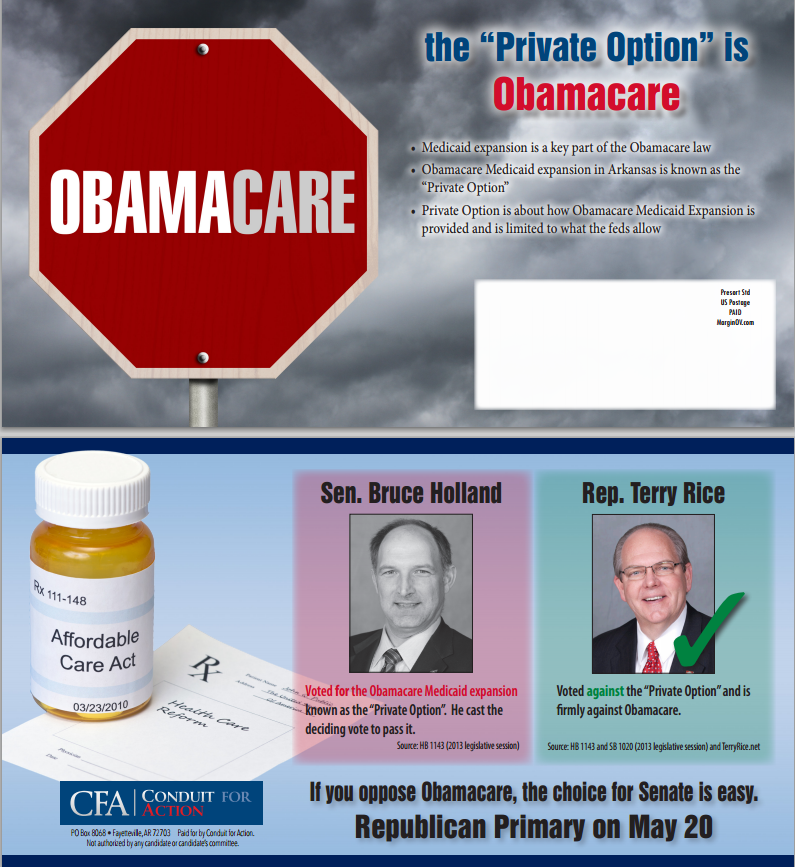