As expected, Circuit Judge Chris Piazza has clarified that he intended to strike down both a state statutory ban and a specific statute addressing county clerks when he ruled state bans on same-sex marriage unconstitutional.

In a letter to counsel early Thursday afternoon, he said he’d issue the order later and the amendment would be retroactive to last Friday, which should clear any question about the more than 400 same-sex licenses issued since his order.

Not long after, he did as promised. He did not stay implementation of his clarified order and Pulaski County Clerk Larry Crane promptly reopened his office for marriage licenses to same-sex couples. “We’re back in business,” he said.

Piazza said the omission of the statute relating to clerks was inadvertent. He went farther than that by implication for those looking for other flyspecks, including those who’ve raised questions about licenses issued in the interim:

The inadvertence of the court’s omission is evidenced by the first part of the May 9 order’s title which states that it grants the Plaintiffs’ Motion for Summary Judgment and is further apparent from the court’s analysis that it finds identical prohibitions in the law which deny such rights referenced therein unconstitutional.


Piazza explained his refusal to issue a stay:

Defendants have asked that this Court stay any ruling adverse to its position. This Court, however, cannot in good conscience grant such request. Constitutional violations are routinely recognized as triggering irreparable harm unless they are promptly remedied. See, e.g., Elrod v. Burns, 427 U.S. 347,373 (1976) (loss of constitutional “freedoms, for even minimal periods of time, unquestionably constitutes irreparable injury”). Under the circumstances presented here, granting a stay of the Plaintiffs’rights imposes irreparable harm.

There is no evidence that Defendants, the State or its citizens were harmed by the entry of the Court’s original order or that they will be harmed by the clarifications contained within the Final Order and Rule 54(b) certification.

However, the same cannot be said of the Plaintiffs and other same-sex couples who have not been afforded the same measure of human dignity, respect and recognition by this state as their similarly situated, opposite-sex counterparts. A stay would operate to further damage Arkansas families and deprive them of equal access to the rights associated with marriage status in this state. Weighing all factors applicable to analyzing whether a stay should be granted, Defendants’ Motion for Immediate Stay is DENIED.

Piazza’s injunctive relief provides even clearer ground — at least on a moral level — for issuance of same-sex licenses elsewhere in Arkansas, and not just in the six counties named as defendants in the suit. But the attorney general’s office had already indicated it would move again to seek a stay of the ruling for an appeal. In a statement, the office said (and soon after filed formal notice of appeal):

This order clarifies what we understood Judge Piazza had attempted to do last week, and it does not change our posture of seeking a stay from the Arkansas Supreme Court and pursuing an appeal.

The Supreme Court yesterday refused the state’s appeal as premature pending a final order and also refused to issue a stay because it noted that Piazza had failed to enumerate a statute barring clerks from issuing same-sex licenses. That effectively put a halt to the licensing, which McDaniel said was confusing because, in the end, only two counties, Pulaski and Washington, were doing it. It won’t be confusing now with the state (and thus its various parts)  enjoined from discriminating against same-sex couples.

The attorney general this morning, in response to plaintiffs’ morning request for a clarification, joined in a request for clarification and final order and asked the judge then to stay his order pending the appeal. 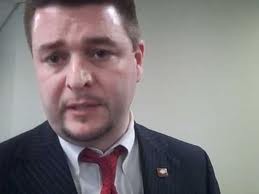 The attorney general says the U.S. Supreme Court has indicated, by a stay in a case from another state, that state marriage ban statutes will continue to stand. It also argues that confusion will exist in Arkansas because some counties will issue licenses while others will contend Piazza’s ruling doesn’t apply to them.

There’s no way to know how quickly the Supreme Court will consider a stay.

Counties except Pulaski didn’t move quickly into the licensing business. In Washington County, where licenses were issued for a time, Clerk Becky Lewallen said she wanted to confer with lawyers before changing course again, then later indicated licensing probably would resume Friday. Some counties, where religius opposition runs deep, including on the part of some attorneys, say Piazza’s order is meaningless to those not named as defendants. Such as Faulkner County.

County officials are being urged to consult with their local attorneys by the Association of Arkansas Counties. Most likely will resist, despite Piazza’s broad language. Some of the named defendant counties may even resist, though the grounds are unclear, particularly Saline, which clearly can issue the licenses, having done so briefly. Attorneys are reportedly prepared to bring up challenges in appeals such as the damage down to the covenant marriage statute. Though very few every took advantage of that statute, citing it will be a way to fire up conservative church outrage about the ruling.

Indeed, the other defendant counties now cite a host of other statutes pertaining to marriage that could be complicated by same-sex partners, such as covenant marriage, marriage between relatives and under-age pregnancies. It looks like a red herring to me. Gender neutrality shouldn’t, for example, disturb the limits on marriages by relatives. And why shouldn’t same-sex couples be able to enter covenant marriages?

At the legislature, meanwhile, comes word from the Religious Right and Sen. Jason Rapert of an effort to stir up outrage and a little election-season gay-bashing on the issue. He wants the Arkansas Legislative Council, meeting tomorrow, to adopt a resolution in support of Amendment 83, which banned same-sex marriage in 2004. Rapert continues to assert the bogus legal theory that Piazza has violated his oath to uphold the Arkansas Constitution. His resolution fails to note that Piazza also took an oath to uphold the U.S. Constitution, which the judge held was violated in several ways by the prohibition on marriage based on sexual orientation. Dozens of other judges around the country have held the same. Rapert said the judge overlooked the electorate (as judges have done before on matters such as school segregation and interracial marriage) and “the overall right of the state to declare policy on such matters.”

The Legislative Council meets at 9 a.m. Friday. I think nothing better than a couple of hundred newlyweds with family would make a nice addition to the audience for a Rapert-organized display of enmity toward gay people.

There’s hope, though probably not much, that Rapert won’t be able to carry out his stunt.

Rules require a resolution to be introduced six days in advance of the meeting.. Because that deadline wasn’t met, rules must be suspended by 2/3 vote of greater of a quorum or members present. Quorum is thirty, so at least twenty votes will be required to suspend rules.

Here’s the Legislative Council membership. Let your representative hear from you.