Read this month's issue
Browse the issue archives
Advertisement
Home Arkansas Blog A near-death experience is a reminder: Bicyclists have rights, too 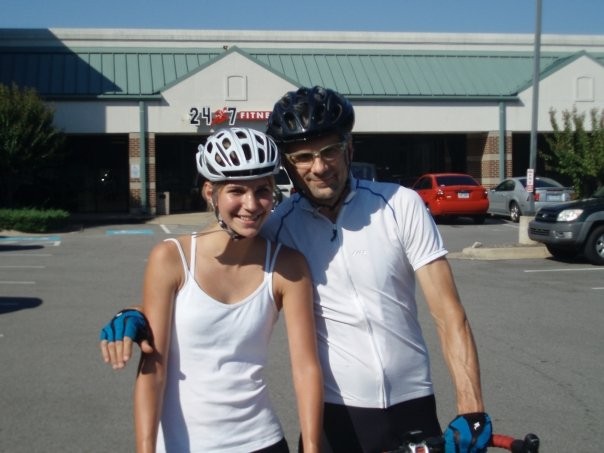 I mentioned the other day the Ride of Silence, a national event by bicyclists to remind the public that the law provides right of way protection to bike riders, something motorists don’t know or forget, as evidenced by injuries and deaths to riders. That mention prompted a letter from Rob Gilliom of Conway, who related his own brush with a bigger vehicle.

Thank you for spreading the word on the Ride of Silence. This is important. I was nearly killed less than two weeks ago.

I am a father of four and business owner in Faulkner County. I am also an avid cyclists.

I am grateful for Arkansas’ safe passing law ( 27-51-311). Laws like this are a great start. But they fall short if they are 1) generally not known or 2) generally not applied.

Saturday, May 10, I was riding my bike from Conway to Little Rock to spend the evening with my family.

On Sturgis Road, just south of Conway, a truck pulling a trailer attempted to illegally pass me in the face of oncoming traffic. In an attempt to avoid a left-of-center collision the truck driver veered back into the right lane striking me with the trailer in the process. The rear axle of my bike was sheared on impact and I was thrown from the bike. I was transported by ambulance to Conway Regional Medical Center where I was treated for a fractured rib, a fractured sacrum and substantial loss of skin on my left leg.

The driver of the truck, a kind man, visited me in the hospital. Over and over again, he repeatedly said, “If only that van would have known that I HAD to pass you, he would have gotten over.” Clearly he did not know that it was his responsibility to wait to safely pass.

I was astounded to learn that the incident had resulted in no warnings and no citations. The document supports the fact that the driver failed to wait for a safe passing distance, failed to yield to the oncoming traffic properly, and certainly failed to maintain a safe three feet distance from a cyclist — the much touted “3 feet rule” enacted by the Arkansas Legislature.

And yet, striking a cyclist in a manner that could have easily been fatal did not warrant a citation. I called the attending officer and questioned the report. He informed me the it is his prerogative to apply the law as he sees fit and that the circumstances simply did not warrant any warnings or citations.

I e-mailed Sheriff Andy Shock. He also e-mailed me a response stating, “That is a judgement call.”

The simple fact is that even though the “3 feet law” is the law of Arkansas, it would appear it is not a law in Faulkner County.

As a postscript,  I have since had a long discussion with Sheriff Shock. I would like to acknowledge that I believe he will follow through and improve the awareness within the FCSO on these matters.

But I would humbly ask for your help in any way to help spread the word that a law that is not known (or enforced) is no law at all.

The Ride of Silence begins at 6 p.m. Wednesday at 13th and Main. It’s a slow ride to the Capitol for a brief memorial service.