I’m back in Little Rock just in time to open a line for reader comment. I did work in a visit to Crystal Bridges for a look at the special exhibit from the Paley collection. Call me low-brow. Naturally the vibrant Gaugin painting of a Tahitian beauty seemed best for a quick cell phone shot to memorialize the trip. It’s another fine show in a museum that is just as impressive no matter how many times you visit. Lunch (fried chicken and waffles, for example) isn’t bad either, Some other tidbits in the mailbox:

* NEWSPAPER WOES: The Harrison Daily Times announced it was “restructuring management.” It sacked the publisher, and left the position open, naming the ad director as general manager. At least they reported it. Some newspaperspeak:

“The media landscape has shifted in the past several years and nowhere more so than for the newspaper industry. This change puts the Harrison Daily Times in a better position to serve readers and advertisers as it moves into the future serving all customers in print and online as the best source for news and advertising information in the Heart of the Ozarks,” [Community Publishers Inc. President Steve] Trolinger said.

* HAIL TO THE OLD GOLD HAIL TO THE BLACK: I’ve written more about Boys State this year than customary because of my edging into broader political forums over my speech there. I mentioned the fine performance of Little Rock Central students in Boys State elections. Let the women of Central not go unnoticed. Top officers from Central included Sally Goldman as secretary of state and Maggie Davis as attorney general.

* THE GILBERT BAKER AUDIT: The University of Central Arkansas has completed a review of the work of former Sen. Gilbert Baker as a UCA lobbyist and fund-raiser and concluded it had no evidence Baker had “committed egregious acts or fraud” as administrator. It was not exactly a searching look at Baker’s extracurricular activities (nor did it necessarily need to be), though the timeline illustrates clearly enough that he planned to have a little consulting business on the side after getting his $132,000 UCA job and took steps to extricate himself from it only after I’d begun to pour the coal on burning questions about the amount of politicking he was doing for Republican and conservative judicial candidates while nominally working full-time for UCA. (Think Mike Maggio.) This isn’t the end of reviews involving Baker. And it’s time for a reminder that something need not be criminal or a civil fraud to be sleazy or contrary to taxpayers’ interest. Baker fell back on a tenured job as a music professor. They say he’s pretty good at it.  Drum roll please ….

* TOM COTTON’S HOUSE: Republican Senate candidate Tom Cotton has a feel-good ad airing that shows him planting flowers with his wife at a house in Dardanelle owned by his family. Michael Cook at Talk Business  notes that Tom Cotton doesn’t own the house. Indeed, I was told long ago it was a family rental property. Friends of mine circle it periodically to see if there’s any sign of Tom Cotton occupancy and report none. He would not be the first member of Congress from either party to claim a voting residence that he saw less frequently than a hotel room in the big city where corporate campaign contributions are rounded up. Cook’s real complaint — and it’s fair — is that Cotton’s claim for deep roots belie a resume that saw him leave Arkansas as a graduating high school senior and pop back years later only to run for Congress as a prelude to running for Senate and to use a family rent house as a Potemkin someplace. 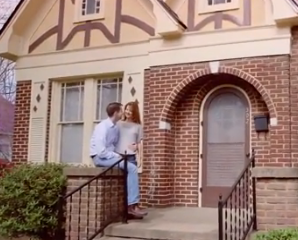