Read this month's issue
Browse the issue archives
Advertisement
Home Arkansas Blog A gas station for downtown: The time to object is now 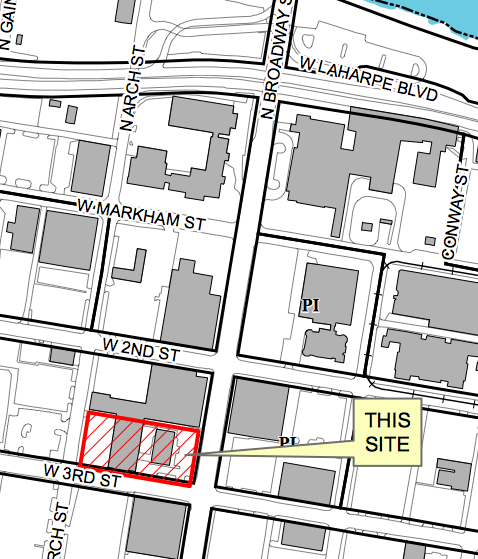 The agenda has been released for Tuesday’s Little Rock Board of Directors agenda meeting at which the board will place items on the calendar for the June 17 meeting. The time is now for the audaciously bad idea to put a B-grade convenience store with a thicket of seven gas pump islands at Third and Broadway, an already difficult intersection, hazardous to pedestrians, within a few yards of the soon-to-be renovated Robinson Center.,

How bad is this idea? All you need do is read the full report on the proposal — from the professional planning staff’s objections to comments made at the meetings at which the Planning Commission inexplicably OK’d this very bad idea. The main argument seems to be that downtown is “underserved” by 24-hour convenience stores selling gas and beer and Slim Jims. If, by underserved, you mean you have to drive five blocks south to find such.

I urge you to visit a Mapco so that you will be fully informed when you derisively snort at the notion that this is about creating patio dining to serve the downtown worker. It’s an excrescence on a developing government corridor. I keep being told that the City Board has better sense than to approve it, but it has powerhouse Chamber of Commerce real estate man Dickson Flake pitching for Mapco and he did get it through the Planning Commission. Does the strong mayor have a backbone? We shall see.

Among those whose good comments were rejected was Dick Downing, a former Planning Commission member who’s worked in the successful Midtown redevelopment work. From the city summary:

The city manager’s writeup makes clear the staff objection. Many others, including downtown neighborhood groups, have objected. The site is occupied by a former bank building. Flake has said efforts to get other tenants for the existing building have been unsuccessful.