A Tea Partyer won an unexpected and easy victory over House Majority Leader Eric Cantor in Virginia tonight, which has the ‘baggers chortling. Message: Republican primary voters in Virginia don’t like immigrants much. But I’ve already seen even some extremely conservative Republican voices on social media raise the possibility that the Republican Party might drive independent voters away.

Which brings us to the two big runoffs in Arkansas today.

You had the ultra-extreme David “Stand Your Ground” Sterling, backed by a huge sum of out-of-state money against Leslie Rutledge, the proclaimed anti-abortion, gun toting Christian woman, who managed to look mainstream by virtue of working in Republican establishment jobs.

It was close in the early voting, but big leads we’re noted in early voting for Rutledge in a couple of bigger counties — Pulaski and Saline, the latter maybe the biggest Republican vote engine. With a quarter of the vote in, Rutledge has a comfortable lead. But it’s all about where the votes have come from so far and which are out.

UPDATE: By 9:20 p.m., with Rutledge showing 56 percent of the vote, major media were calling the race for Rutledge. This is no victory for moderation. But it was a defeat of scurrilous dark money and outlandish TV claims. It is always good to see that happen. Democrat Nate Steel, a state representative from Nashville, awaits in the fall, among others. 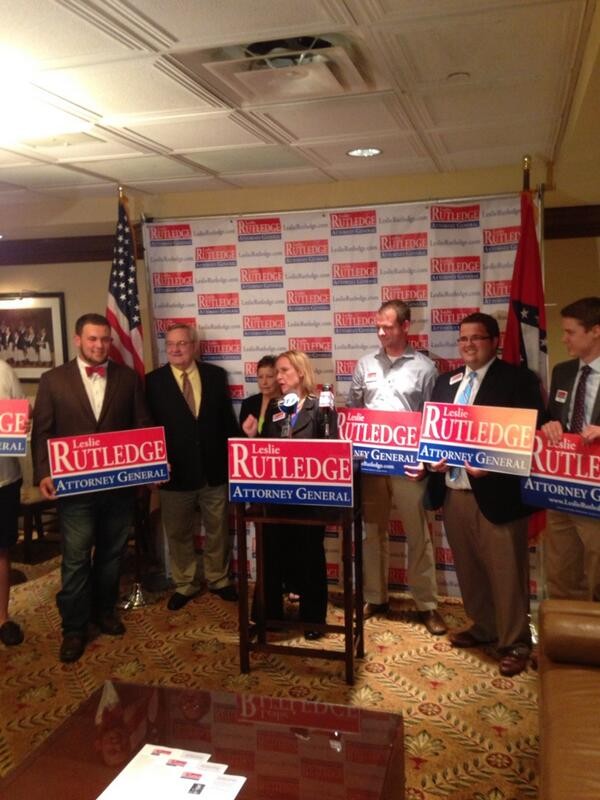 Here you had a certified ‘bagger, Scott Flippo of Mountain Home, against Rep. John Burris of Harrison, architect of the Obamacare Light Medicaid expansion plan. It was a good civic work that an unhinged Flippo and clandestine cash worked hard to turn into a negative for a capable (and extremely conservative) legislator.

The early vote gave Burris an edge thanks to a bigger vote in his home of Boone County than Flippo was enjoying in his home of Baxter. Turnout in the main counties (Marion is also in the mix) was  the key here. Each running well ahead at home — 61-39 for Flippo in Baxter for example and 63-37 for Burris in Boone, but the net is about a wash. Close race.

8:47 PM UPDATE: Update from Baxter Bulletin on the vote looks bad for Burris, good for Flippo.

9 PM UPDATE: Baxter Bulletin again, with a 3750-3645 lead for Flippo, with all votes counted in Boone County and a few precincts supposedly uncounted in Boone and Marion.

FINAL ACCORDING TO BAXTER BULLETIN:

Here’s how it went down by county, according to the Bulletin (turns out Marion County was the key, with Burris actually having a 37-vote lead over Flippo in the combined vote of Boone and Baxter):

The fight over continuation of Medicaid expansion gets interesting, with a Senate short of a 75 percent vote based on campaign and other declaration. But I don’t care what Scott Flippo says — or the other ‘baggers — I predict tonight the expansion will continue. Arkansas can’t afford not to, even if it must resort to some bad old judges to get it done.