Read this month's issue
Browse the issue archives
Advertisement
Home Arkansas Blog Public meeting on widening of I-630, I-30 tomorrow

Randy Ort of the Arkansas Highway and Transportation Commission will meet with members of the Coalition of Greater Little Rock Neighborhoods and other interested parties at 10 a.m. Saturday at the Hinton Resource Center, 12th and Pine streets, on the highway department’s plan to widen I-630 and portions of I-30.

There is concern among coalition members that the widening could threaten the historic nature of downtown neighborhoods. Surveyors are said to have begun putting stakes in the ground in the historic Hanger Hill neighborhood east of I-30.

Some contend, as does Trails of Arkansas author Johnnie Chamberlain, that widening interstates only increases traffic problems. As an alternative, some members of the coalition would like to see a bridge constructed over the Arkansas River at Chester Street, which according to the coalition is supported by Metroplan as a way to reduce the widening of I-30 from 10 lanes to eight. 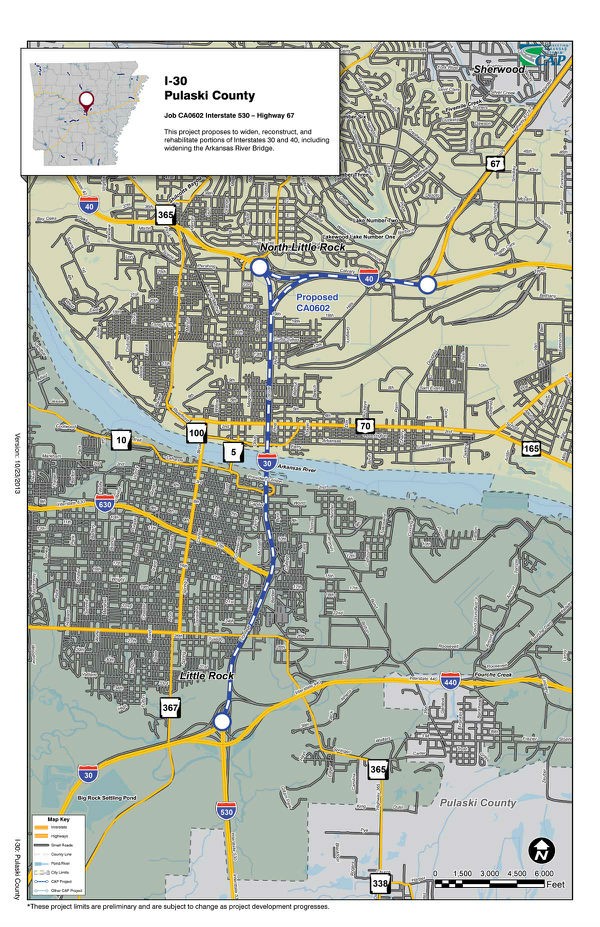