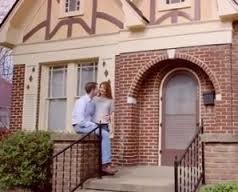 Politico features Republican Rep. Tom Cotton’s use of advertising to soften his image with folksy features on his parents and his supposed small-town roots (using a family rent house in Dardanelle that nobody believes has housed Cotton and his new wife very often).

“I’m warm, dammit,” Cotton joked during an interview over breakfast here, when asked whether his efforts are meant to bolster his personal appeal.

For much of the year, Cotton’s opponent, Sen. Mark Pryor, has been seen in many quarters as a dead man walking — a southern Democrat in a state lurching right facing reelection in a year tilted the GOP’s way. But lately polls suggest the race is more like a tossup.

So Cotton’s mandate is clear: Convince voters he’s likable enough so he can fight the campaign on his own terms. Heightening the challenge is the fact that Pryor and his popular father are both natural, back slapping pols, with a combined half-century of practice at retail politics.

“My entire campaign is not just an effort to show warmth, it’s an effort for people to get a sense of me and know who I am — not just know how I vote,” Cotton said. “They can look at the House roll call and figure that out.”

And there is the nub of the problem. The roll call is indelible. Though Tom Cotton isn’t the greatest speaker or best glad-hander (and Politico makes that point), his real problem is an unrelentingly extreme voting record. It’s a record that — from disaster aid to farm legislation to safety net support programs including nutrition assistance, Social Security and Medicare to votes against paycheck equality and violence protection for women — hews a strict Club for Growth line. The billionaires want smaller government and Tom Cotton is ready to give it to them, no matter the impact on Arkansas voters.

Cotton is nothing if not principled. He believes this. He believes that people far less fortunate than a Harvard alum and fancy consulting firm employee like himself should suck it up and pay through strangled government programs to lower the federal debt to a level acceptable to Tom Cotton.

PS — The Washington Post’s Greg Sargent also takes note of the important substance lurking in this story, such as Tom Cotton’s seeming warmth toward the idea of privatizing Social Security.