The Arkansas Pollution Control and Ecology Commission held a public meeting last night in Harrison on a proposed ban on new controlled animal feeding operations (CAFOs) in the Buffalo National River Watershed. The proposed rules were initiated by petitions from the Arkansas Public Policy Panel and the Ozark Society, and would prohibit the Arkansas Department of Environmental Quality from issuing new permits to swine operations in the watershed with 750 or more swine weighing 55 pounds or more, or 3,000 or more swine weighing less than 55 pounds.

According to Ozark Society president Robert Cross, about 100 people were in attendance, split between supporters and opponents. The biggest news: according to Cross, the Farm Bureau’s Evan Teague announced that the Farm Bureau opposes the ban (I’ve reached out to Teague for comment; will update if I hear back). That could loom large because eventually, any rules change would need legislative approval. That said, I’ve been told by multiple lawmakers working closely on the issue that they expect the ban would get broad bipartisan support in the legislature. ***UPDATE: Teague told me that Farm Bureau members have in fact expressed opposition at previous APEC meetings. In an email, he wrote:

Our members’ have two main concerns: 1) there is no scientific justification for these changes and 2) this is just the first step towards expanding similar prohibitions outside the Buffalo River watershed.

We have always said we believe agriculture and environmental interests can coexist in the Buffalo River watershed. We oppose the moratorium on hog farms in the watershed because it’s arbitrary and puts restrictions on landowner rights that don’t seem to be tied to any scientific justification.

The APCE commission will receive written public comments through July 1. If the Commission approves the rules, they’ll go before the legislature. The rules have to get through the Public Health committee, the Rules and Regulations committee and finally Legislative Council. If they legislature approves, it would then go back to the Commission for final approval, likely some time in the fall at the earliest.

The proposed rules would only impact permitting for new operations, not C&H Hog Farm, the 6,500-hog facility in Mt. Judea near Big Creek, one of the largest tributaries of the Buffalo National River. The Ozark Society is part of a coalition of groups that have raised concerns about environmental risks to the watershed and the impact on the surrounding community and is suing the federal agencies that approved C&H’s loan application over what they allege was an inadequate environmental assessment. In addition to these rules, aimed at preventing future farms, the coalition is continuing to try to apply legal and political pressure to get C&H moved out of the watershed. The hogs at C&H are owned by Cargill, by revenue the largest privately held company in the nation and the sole customer for C&H. The state is conducting ongoing pollution testing (at taxpayer expense), which has thus far turned up no red flags, but the coalition argues that the testing does not fully account for the karst geology in the watershed. They believe that environmental damage from C&H has likely already begun.

The coalition recently hosted press and other interested parties for a presentation by Dr. John Van Brahana, a just-retired University of Arkansas geology professor and an expert in karst geology, and a flyover tour of C&H. Brahana has been conducting testing in the Mt. Judea area to establish a water-quality baseline, as well as dye testing to establish water pathways, and identifying and mapping karst features. C&H has declined Brahana’s offer to do free testing on their property. The pictures above and below were taken by photographer Kat Wilson. 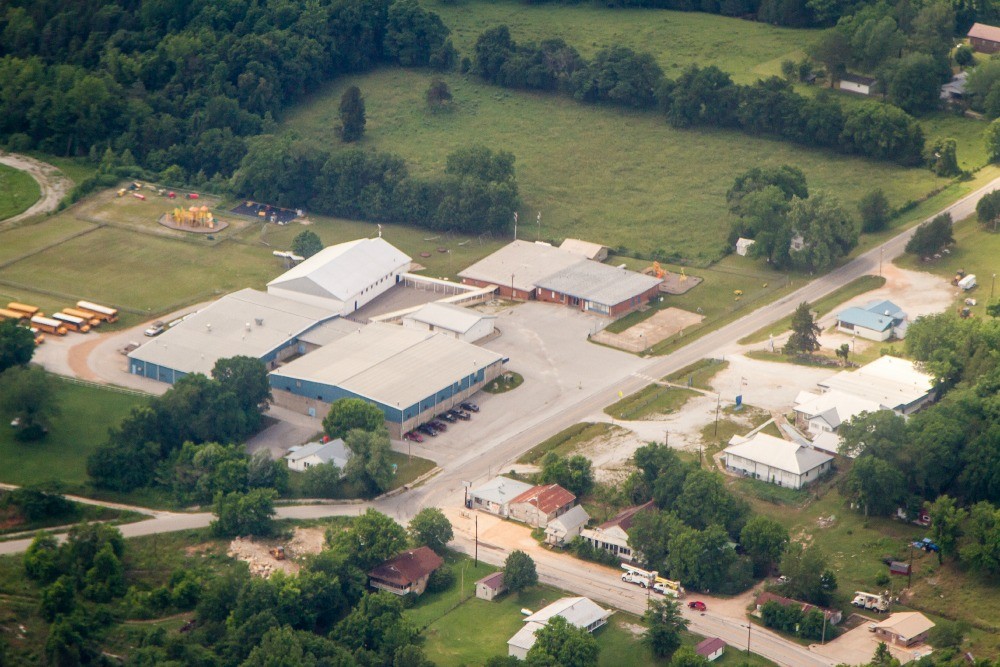 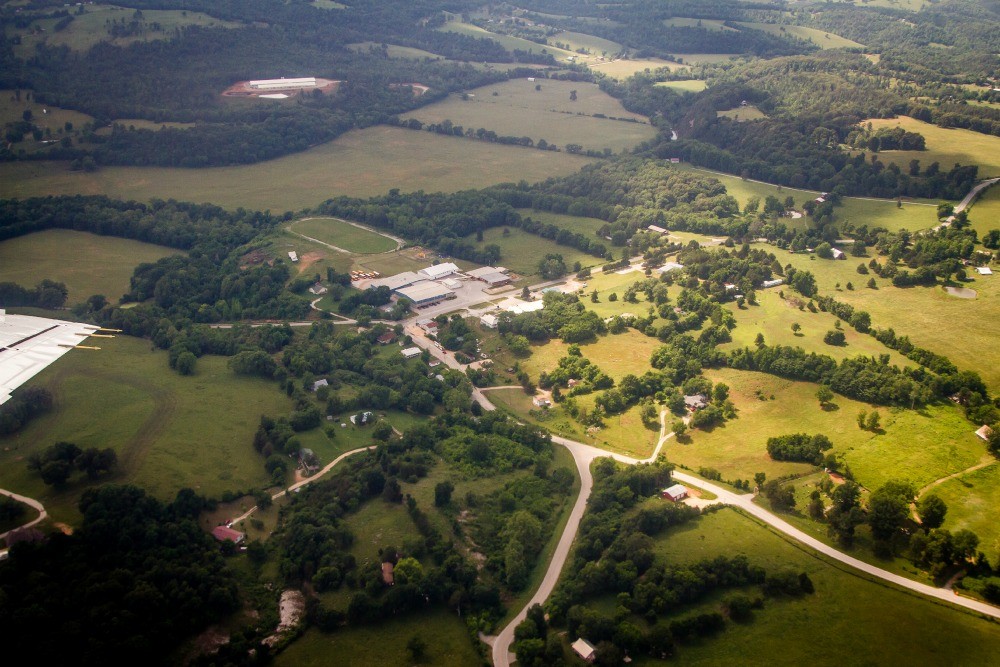 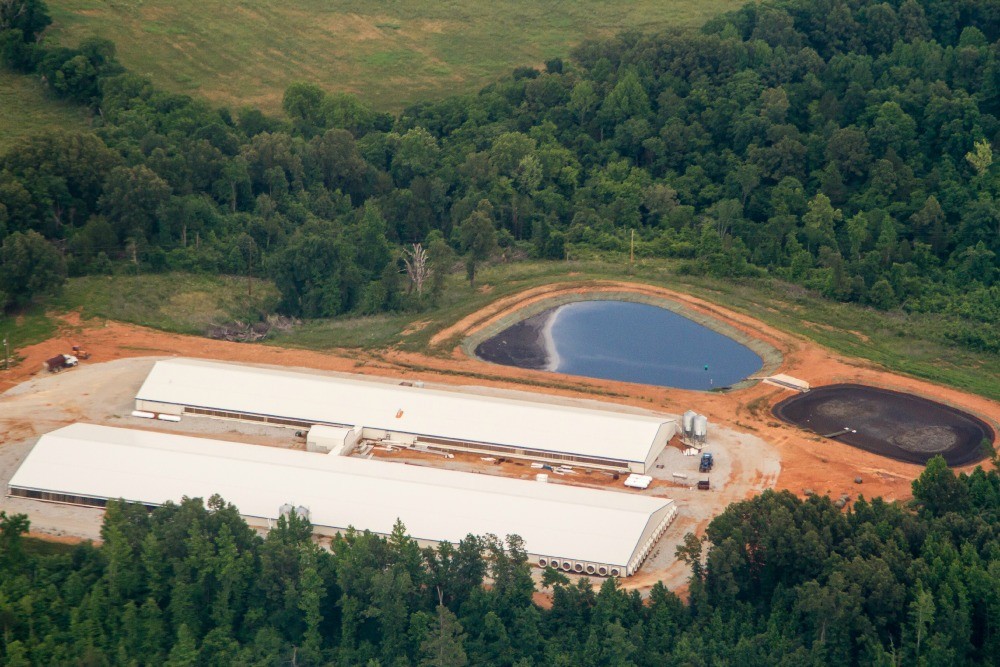 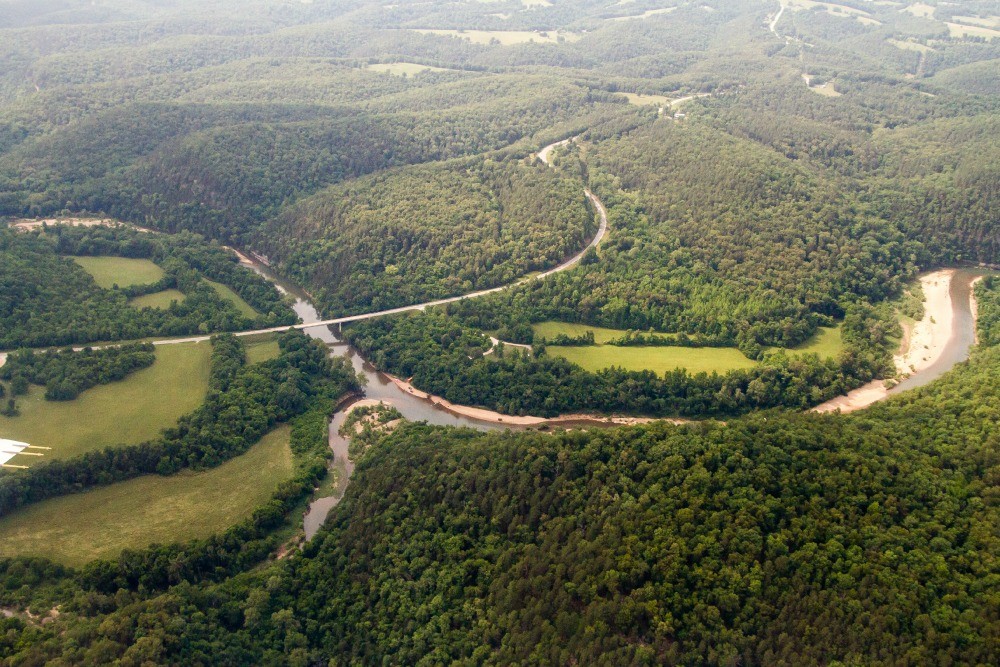 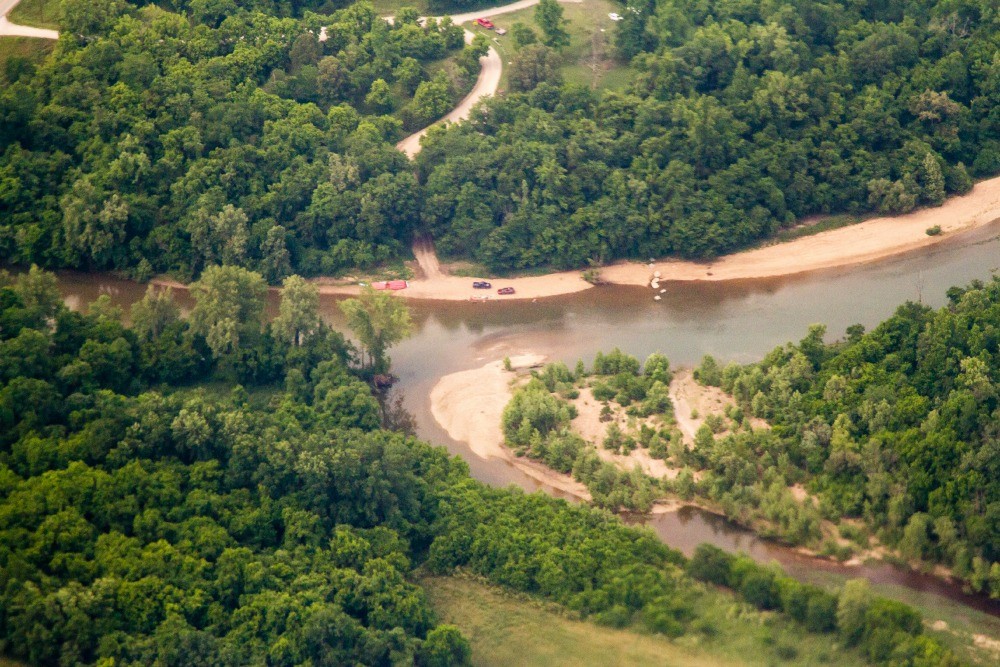