Hillary Clinton will be in Little Rock next Friday, June 27, to sign copies of her new book, “Hard Choices.”

It’s been reported previously that crowds at these events are tightly managed and long lines have developed at many appearances. A photo from one appearance below, taken by Politico and posted on Twitter, illustrates. I’ve received no guidance yet on Little Rock rules.

CORRECTION: My original post on this had the date, June 27, correct, but the day wrong. It is Friday, June 27. 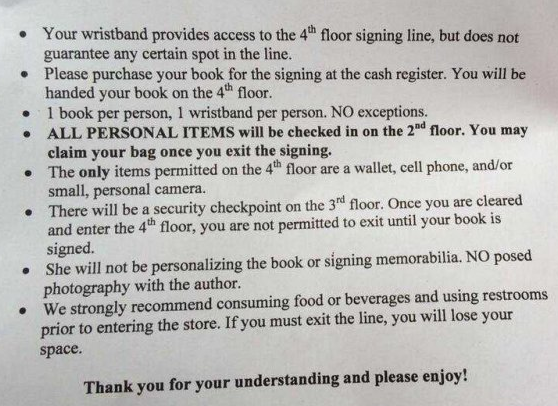