Update on the residency question raised about Brett Morgan, who was in the 4-1 majority this week on overturning recommended disciplinary action against Police Lt. David Hudson in the beating of a bar customer in 2011.

Max sorry I missed u yesterday! My father has had some serious health issues and I was in the emergency clinic most of the afternoon yesterday and not able to talk, to answer your question yes I’m a resident in the city of LR, I work in the city, I vote in the city and no doubt spend the High majority of my time in the city! I was born and raised in LR as well as attended college at UALR! I have 4 different dwellings that I spend time! Arkansas county, Garland county, Lonoke County and my duclair location!

I”ve asked some followup questions and will provide any answers I receive. To update: The Duclair home is listed on property tax records as owned by his parents and Brett Morgan is listed as owner of a Scott home where his regular presence was noted to me by a neighbor yesterday. The business address he lists as a Little Rock address on city paperwork now is for a car dealership at which he no longer works.

I’m still awaiting a response from the city manager’s office of its review of the issue.

Morgan responded to several questions about his primary homestead in this fashion:

Hard to say how much time I spend at any one of the four this varies depending on work requirements, hunting seasons, summer gardening or crappie fishing in the spring!

According to the Pulaski County assessor’s records, Brett Morgan claims the home at Scott as a homestead for taxing purposes, and is listed as qualifying for the $350 annual homestead tax credit. The Duclair home is claimed as a homestead for Joe A. and Judy C. Morgan. It is also listed as being owned by someone over 65, which entitles the owner to cap on a property’s assessed value. Real estate records show that the most recent mortgages on each home are in the name of listed property owner — Joe Morgan in Chenal and Brett Morgan in Scott.

I asked whether the Duclair house was the primary residence of Brett Morgan’s parents. He responded:

When they are in LR it is! However my parents spend almost equal time in Pinehurst NC as they do n LR! I might add that my parents and I equally own EVERY property location I referred to other than my garland county property of which I have another partner!

I asked, too, about his listing of 1500 Shackleford as his business address on city papers, though he no longer works there. Response:


Not sure why the 1500 shackleford address would b there but it was my business for many years!

I thanked Morgan for his willingness (autocorrect did a number on this word in original post, made it “silliness”) to comment and asked if it was correct to conclude he was confident of his legal eligibility to serve. I also asked him for comment on the Hudson case, specifically his thoughts on whether Hudson’s continued blows on a restaurant customer were necessary to effect an arrest. 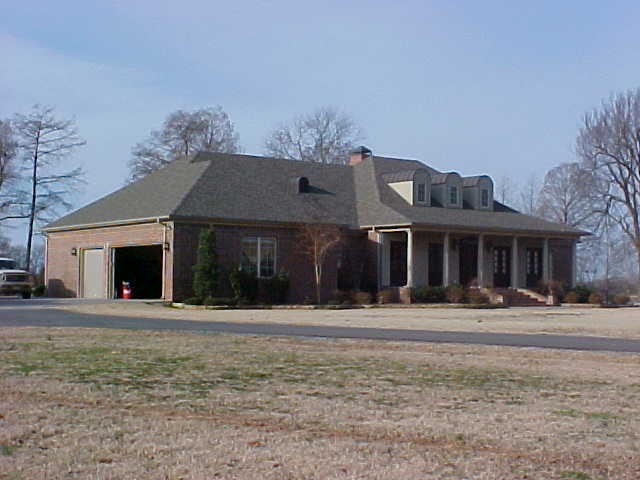