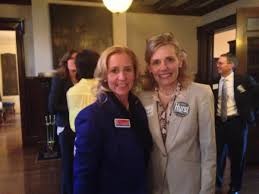 Saw posts this morning (above and below) on the Twitter feed of Stacy Hurst, the Little Rock city director who’s running as a Republican for state House in November against Democrat Clarke Tucker.

1) Little Rock arguably has a crime problem — most dangerous mid-sized city in the U.S., said a recent ranking.

2) Stacy Hurst has been a member of the Little Rock Board of Directors since 2002.

NOW, she has a crime plan? Don’t blame an absence solely on state legislative failures. The city pays a lobbyist big bucks. Did he take a crime plan to the legislature?

REPEAT CONFLICT OF INTEREST DISCLOSURE: I’ve known Clarke Tucker since he was a child on account of various family connections. On talent and political philosophy, he’d be a promising candidate whether I knew him previously or not. But factor those connections into what I write here and dismiss it on that account if you choose.

Following are questions that I believe are unrelated to any personal connections. They were questions I was asking when Hurst, a recently declared Republican on account of encouragement from tycoon Warren Stephens, was the only announced candidate for a seat that has always been Democratic and currently represented by term-limited John Edwards.

I preface the questions by saying that Stacy Hurst has been an energetic city director. She does her homework. She devotes long hours to the task. She’s supported by people whose opinions I value. She insists, too, that she’ll be a moderate Republican who is more in keeping with the legislative district (reliably Democratic and progressive on everything from taxes to social issues in past elections) than the typical Republican state representative.

Would she provide the margin for the override of a governor’s veto of an unconstitutional abortion ban? Would she record a roll call vote against a resolution endorsing gay discrimination? Would she have supported John Edwards when he delayed a vote on an anti-gay resolution in Legislative Council? Would she support a civil rights bill that protected gays from employment discrimination? Will she campaign on preservation of Obamacare in Arkansas? Does she agree with Leslie Rutledge, the GOP candidate for attorney general, that fighting the federal government and Obamacare is the top priority of the state’s top attorney?

Finally: can she be an influential representative in a majority Republican legislature if she does NOT fall in line on such issues? To her credit, she has indicated to me she wouldn’t support Republican Sen. Jason Rapert’s idea to allow voters to remove judges, such as Chris Piazza, for the likes of his marriage equality decision. Even some Republicans recognize that’s a perilous course.

I hope these questions are answered during the campaign. They are more meaningful to me than yet another cookie-cutter tough-on-crime pitch, particularly from someone who’s led a city that hasn’t made much headway on crime during her dozen years in office. (Mayor Stodola would disagree on the crime assessment. But Hurst must think there’s a problem — or perception of one. Otherwise,  she wouldn’t be trying to build a mailing list on the back of the idea.)

And, to mention a pet peeve, leadership is important. So far, Hurst has failed to declare a position on the terrible idea to put a MAPCO beer outlet and gas pumps a few hundred feet from the $70 million Robinson Auditorium renovation. Her last pronouncement seemed to indicate a hope the issue could be delayed past the November general election. It should have been killed by now. I keep being assured by various city leaders that the project is dead. But, if that’s so, why is it still in play?