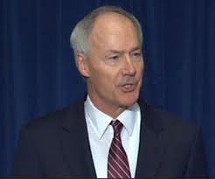 He didn’t tell the straight story to the Democrat-Gazette when first asked by saying he got the credit automatically. He didn’t sign a Pulaski County exemption in a flurry of real estate closing documents as some defenders had contended. He signed it after it was mailed to him by the county assessor. He did direct an accountant not to claim a deduction for 2006, because he didn’t own the Pulaski house that year. But he never directed anyone NOT to take the credit in succeeding years when he DID own the house.

Still, maybe he screwed up honestly. He should take his lumps — pay back the four years of credits, not just three, that he received and also pay back the penalty he should have paid had the illegal double dip been caught before the statute of limitations ran.

In the meanwhile, he should stop complaining about Democratic candidate Mike Ross criticizing him.  But no. He issued this statement to the Democrat-Gazette:

“So now we have Mike Ross attacking a tax payer who caught his own error; and then reported the error to the government; and paid what he was told to pay,” Hutchinson said in a written statement.

“The taxpayer acted honestly and Mike Ross attacks the taxpayer. This is not someone who Arkansans want to run the IRS or the Department of Finance in Little Rock. Will he go after people who catch an error and file amended returns and pay what is owed? Will he call them ‘tax cheats’ and try to fine them?”

Apart from the fact that it seems clear Hutchinson discovered his “error” only because he was buffing up his record for a political race,  look at these documents and decide who’s honest.

In 2006, he signed this declaration in Benton County.

Then, in 2007, he signed this declaration. To be clear, he still owned the house in Benton County. 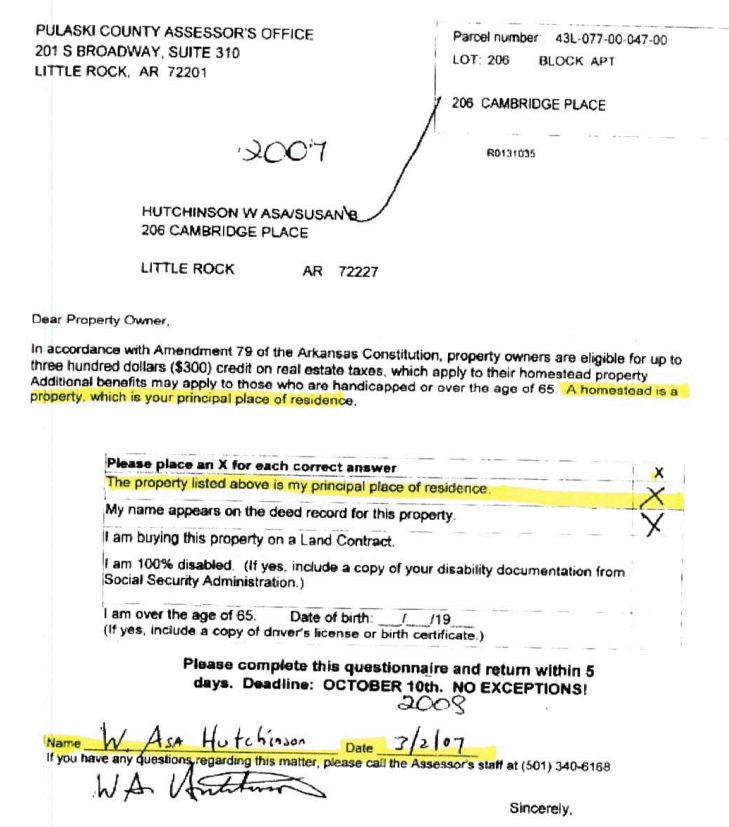 Then, in 2010, he signed this declaration after buying a different house in Benton County. He then and still owned a condo on which he was then claiming a homestead exemption in Pulaski County. 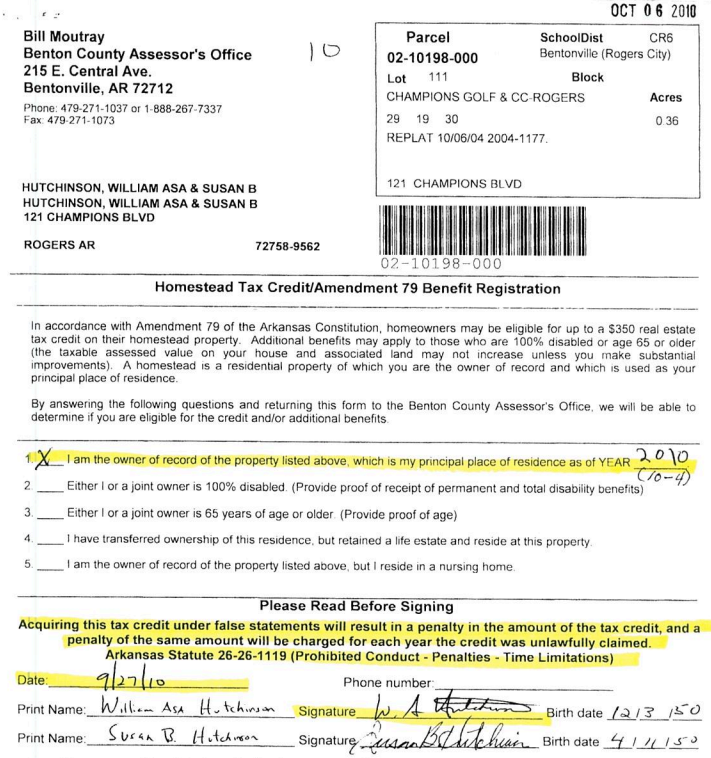 Sad to say, going on the attack on this issue might be the smart political play. Too many in the family values/America first crowd think cheating the tax man is just smart business, even if valuable services pay the price of cheating.