I was informed yesterday that the Republican hatchet team’s mission to dig up damaging oppo research on Democrat Clarke Tucker, candidate for House District 35 against Republican Stacy Hurst, wouldn’t end with going after Tucker’s four-year-old son on where he attends nursery school.

So I nosed around. Bingo! I hit paydirt with an FOI to AEDC. The Repub SWAT team also is going after Clarke’s daddy, real estate developer (and college classmate of mine) Rett Tucker. The Republican Party could do a little brushing up, however, as the correspondence I received from AEDC shows.

Just because they came up dry on this one, I’m guessing it doesn’t mean they’re through. They finally perfected their FOIs targeting 4-year-old Ellis Tucker on the third try, probably helped by their Little Rock School Board member helper, Leslie Fisken, who refuses to talk to me about her unaccountable involvement. Unaccountable that is, except for her financial and publicly mailed support of Hurst.

What’s up here? I’d bet this correspondence with the AEDC was aimed at dislodging information about something already widely publicized. It was back in February when a $200,000 state grant (also matched in part by the city of Little Rock, on whose governing board Stacy Hurst sits) was made to move electric lines to speed development of two hotels and an apartment project near the intersection of 4th and Rock. One project — the apartments under construction along Capitol Avenue — is a project of Moses Tucker, in which Rett Tucker is a partner (and his son has no part)

Background: Hurst has been rankled that Gov. Mike Beebe encouraged Tucker to make the race for the seat. So it follows in her tortured thinking — as it followed from her pursuit of “cocktail” gossip that Clarke Tucker’s four-year-old was up to something nefarious when he was denied admission to Little Rock pre-K classes, that there must be some dirt to dig in the state contribution to a  multi-million-dollar investment downtown. But if it’s a payback by Beebe for something, what does that make the city contribution that Hurst oversaw?

Anyway … You’d think the Republicans know that Barbara “Purdue,” a Huckabee appointee, hasn’t been around for more than a decade. Which foot will the Hurst oppo team shoot  next? 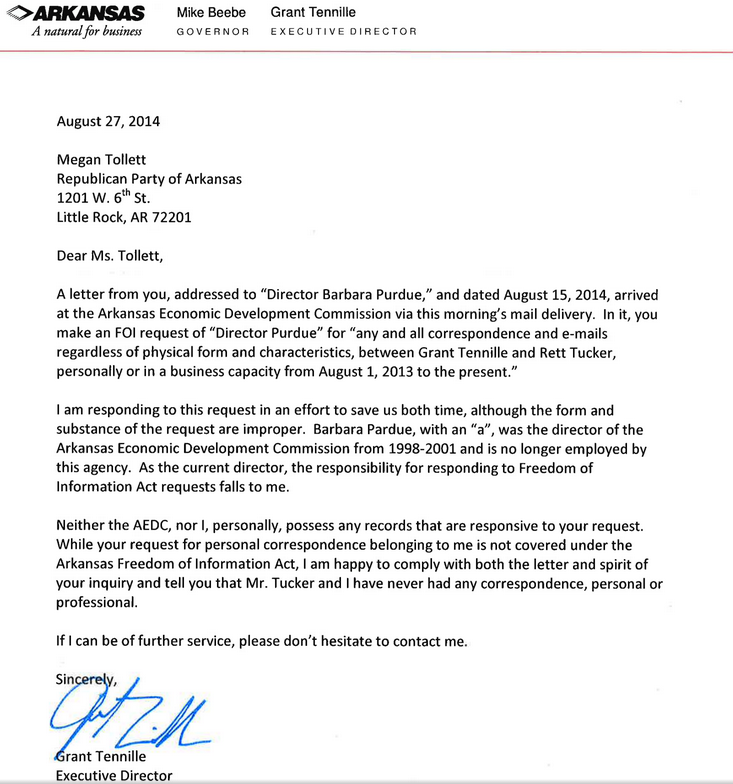