Report from KARK on the theft of three sculptures worth almost $30,000 from the sculpture garden in Riverfront Park. The park has been hit by sculpture thieves before and, again, the bronzes were cut off in a destructive manner that raises the possibility they were taken for scrap sale.

Stolen were three donated pieces: The Sizzling Sisters, First Glance, and Conversation with Myself.

The city plans to install more lighting and security cameras.

Conversation with Myself apparently was a repaired version of a sculpture that had been vandalized twice  previously, with a small figure broken off at its base both times. It was attacked in 2010 and 2012. 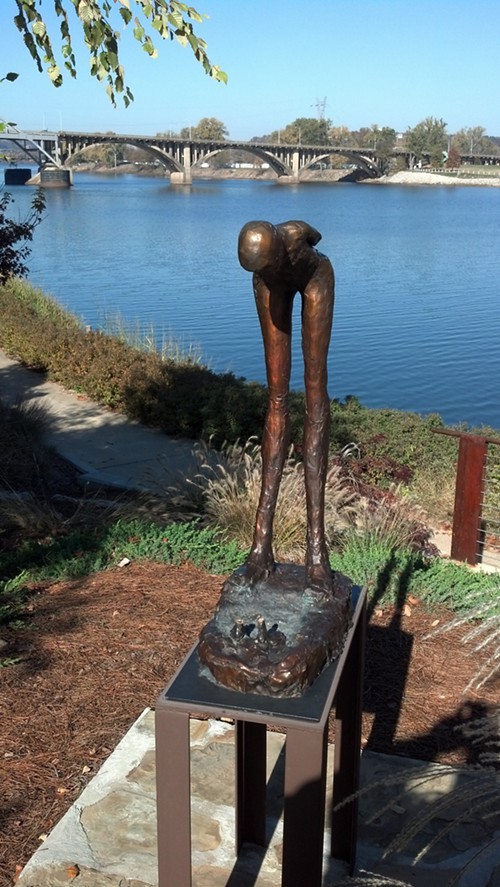