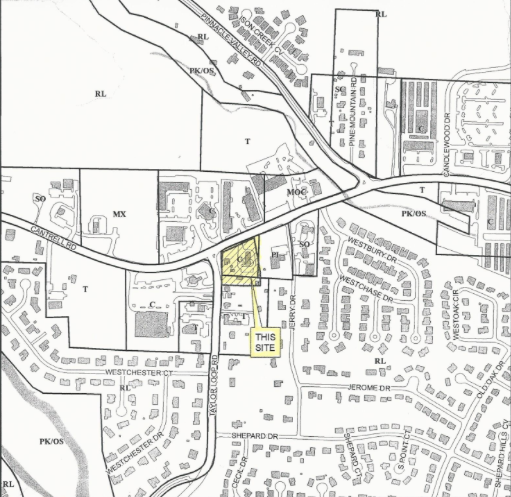 The Little Rock City Board has a vote scheduled Tuesday night, on a motion by Director Dean Kumpuris, to rescind its approval of a 20-pump Murphy Oil station and store at 12th and University at the foot of the University Park neighborhood.

The station was approved over widespread neighborhood opposition by the bare minimum six votes — Kumpuris, Stacy Hurst, Lance Hines, Gene Fortson, Brad Cazaort and Mayor Mark Stodola. Each of the six was, in effect, the decisive vote. Kumpuris’ change of heart means the project will die, unless a prior opponent has a change of heart, which is unlikely. Also Tuesday the Board will accept deferral of a plan to build a temporary stay motel on land adjacent to the gas station site. That proposal was also opposed by neighbors and Mayor Mark Stodola has told them he’d veto it if approved, making it all but impossible to get a favorable vote.

Not mentioned on the agenda was a suggestion that this issue be accompanied by a consideration of a moratorium on approval of big new convenience stores around the city while the city discusses planning considerations and impact of operations on surrounding areas. This has immediate importance because the Planning Commission is otherwise scheduled to vote Thursday on a hotly opposed 24-hour Murphy Oil station –– this one with 20 to 24 gas nozzles according to latest plans — at the corner of Taylor Loop Road and Highway 10 (Cantrell Road).

The station, proposed for the southeast corner where a vacant structure and a small bank branch sits, will add huge in-and-out traffic to an already burdened roadway. Taylor Loop has become an artery to Chenal Valley and other points west. The Cantrell Road design overlay district would prevent such an installation at this point, but that design plan has been abused  to the point that you could forgive anyone who drives that stretch from thinking no design considerations exist on the corridor.

Patrick Anders, an architect who lives in the neighborhood and who’s among many working to build opposition to the plan, said this would be the biggest fueling station in Little Rock. “This is crazy,” he said. He noted that Murphy Oil had made some changes to satisfy planning staff concerns and the planning staff — unaccountably in his view — now endorses approval of the station. But it will require some eight waivers from rules for approval. “Our No. 1 concern is safety,” Anders said “It’s already dangerous there now.” See below one of the photos assembled along the stretch, where traffic backs up in a turn lane for Taylor Loop and where offset intersections nearby present problems already with the center turn lane on the five-lane road.

The 1.8-acre site is smaller than the two acres normally required for such a proposal. Setback requirements must be waived for the 24-hour operation.

But following a number of changes, the staff now recommends approval based on compliance with those changes.

Between the fact that the staff  is in support and the fact that the Planning Commission doesn’t seem to see a convenience store plan it doesn’t like — whether almost in the shadow of City Hall or disrupting numerous neighborhoods along University — the growing neighborhood opposition to a 20- to 24-pump 24-hour gas station on a road heavily populated by school-bound teen drivers probably faces long odds. That’s why opponents are looking to the City Board to provide some breathing room for more study Tuesday night. Meeting starts at 6 p.m.