Republican Party discipline is near absolute but House Speaker Davy Carter has proven the rare exception to this rule again. He’s endorsed state Rep. James McLean of Batesville, a Democrat, seeking to succeed Democratic Sen. David Wyatt, who did not seek re-election.

He apparently opposes Linda Collins Smith of Pocahontas, a Tea Party-style Republican, based on the tweet above sent out last night. (I finally found it again on his string after missing it this morning.)

You can find the reason for Carter’s endorsement in this article from Talk Business about the race: McLean supports the continuation of the private option version of Medicaid expansion. His opponent, Linda Collins-Smith, couldn’t be more opposed. She even calls it a Democratic plan sponsored by Gov. Mike Beebe. McLean accurately describes that notion as “laughable.” Without a cadre of Republican leaders, including Speaker Carter, Obamacare would not have arrived in Arkansas.

Enough votes like Collins-Smith in the Senate and you really might be talking about the chance of Arkansas becoming Texas and refusing federal billions, punishing hundreds of thousands and crippling state government overall by the loss of medical insurance support. It’s about time for Asa Hutchinson to be heard on this issue, else he win election to a position that becomes fiscally untenable. Does the Republican gubernatorial nominee endorse McLean’s outlook or that of Collins-Smith? (Her alternative is the tired and wholly unrealistic set of talking points developed nationally by Republicans years ago in their unilateral opposition to Obamacare. Portability of insurance and interstate insurance competition won’t magically provide insurance coverage to the working poor.)

Carter worked across the aisle to pass the private option. He got involved in at least one election race once before, with words of condemnation for crank Republican candidate Charlie Fuqua, defeated by McLean in 2012. (Remember Fuquad? Death penalty for rebellious children?) 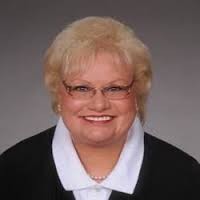 Speaking of Davy Carter’s Twitter, account, I notice he covered Democratic state treasurer candidate Karen Garcia’s appearance on Capitol View Sunday morning. She cited her experience as a Fortune 100 corporate accountant, noted Republican opponent Dennis Milligan’s sketchy history, including in lawsuits, and cracked, when asked about Democratic predecessor Martha Shoffner, “We don’t need to replace Martha Shoffner’s pie box with Dennis Milligan’s doughnut box.” Shoffner famously received cash from a bond dealer in a pie box. Milligan famously met with Republican opponent, Rep. Duncan Baird, at a Krispy Kreme in an effort to pressure him out of the primary race with extortionate use of a bit of late-night Capitol doings. Baird was Carter’s Joint Budget leader and about as solid a legislator as you can find.

Tweets may not constitute endorsements, but nonetheless:

(CORRECTION: In case you viewed this earlier, I repeated the picture at top inadvertently in my original post, not the retweet above.)

I asked Baird last week by Twitter if he would be endorsing Milligan in the race for treasurer. I didn’t get a response. You’d think people like John Burris, another Obamacare architect and a victim of Tea Party nonsense himself in his primary Senate loss, would have something unpleasant to say about Dennis Milligan. Do Republicans always put politics over people with unsavory pasts?