I wrote yesterday about the Little Rock City Board’s scheduled discussion of a request from the Junior League of Little Rock to get a waiver from an agreement it signed in return for a $20,000 city grant to maintain the historic facade of its headquarters, the Women’s City Club at 4th and Scott. It wants to replace 18 windows as part of a project to create space for other nonprofit organizations in the building.

The Junior League, a formidable group historically, has been mobilizing its forces for a crowd at Tuesday night’s board meeting to get the waiver, which is opposed by the city staff, Mayor Mark Stodola and the Arkansas Historic Preservation Program. It now appears there will be some solid opposition from preservationists. That could create a ticklish moment for some city directors. City Director Stacy Hurst, for example, has been quoted by Junior League advocates as saying she’d vote their way if the crowd was sufficiently in their favor.

The Quapaw Quarter Association circulated this Monday evening, to encourage people to turn out against the waiver:

As you may be aware, the Junior League of Little Rock owns the Women’s City Club at 401 Scott Street in Little Rock and is making some improvements to the building. The organization has been a good steward of the building thus far and received the 2005 Jimmy Strawn Award from the Quapaw Quarter Association. They are now requesting that the City of Little Rock Board of Directors amend their historic preservation and conservation easement to allow the replacement of all the windows except the transom window. Please contact the City Board of Directors and ask them to deny the resolution to amend Resolution No. 11,369 at their meeting on Tuesday, September 16.

In 2003, the City of Little Rock bought the historic preservation and conservation easement from the Junior League of Little Rock for $20,000. According to the easement:

Grantor agrees at all times to maintain the Building in a good and sound state of repair and to maintain the Façade and the structural soundness and safety of the Building and to undertake the Secretary of the Interior’s Standards for Rehabilitation and Guidelines for Rehabilitating Historic Buildings so as to prevent deterioration of the Façade. Subject to the casualty provisions of Paragraphs 5,6 and 7, this obligation to maintain shall require replacement, rebuilding, repair and reconstruction whenever necessary to have the external nature of the Building at all times appear to be and actually be the same as the Façade.

While the easement agreement does allow for both parties to jointly amend the terms, it clearly states that “no such amendment shall limit the perpetual duration or interfere with the preservation and conservation purposes of this Easement.”

The windows in the Women’s City Club are original to the building, built in 1908, and described in detail in the National Register of Historic Places Nomination as a significant feature of the building. By all accounts, the windows are in good condition and can be repaired.  [Ed. note: More on that subject here.]

The Secretary of the Interior’s Standards are very clear about how historic materials and features should be treated:

2. The historic character of a property shall be retained and preserved. The removal of historic materials or alteration of features and spaces that characterize a property shall be avoided.
5. Distinctive features, finishes, and construction techniques or examples of craftsmanship that characterize a property shall be preserved.
6. Deteriorated historic features shall be repaired rather than replaced. Where the severity of deterioration requires replacement of a distinctive feature, the new feature shall match the old in design, color, texture, and other visual qualities and, where possible, materials. Replacement of missing features shall be substantiated by documentary, physical, or pictorial evidence.

We have not seen sufficient evidence to justify removal of historic windows in good condition. In a memo to City Director Stacy Hurst, the Arkansas Historic Preservation Program has addressed the reasons the Junior League intends to replace the windows, including common misconceptions that historic windows are inefficient and are too costly to repair. Additionally, the work on the Women’s City Club, including restoration of historic windows, would qualify for state rehabilitation tax credits, which can be transferred or by the Junior League of Little Rock.

There are very few tools available to ensure the preservation of historic buildings. In 2003, both the Junior League of Little Rock leadership and the City of Little Rock recognized the significance of the 1908 Women’s City Club (historically known as the Benevolent Order of the Elks Club) and sought to protect it. The historic wood windows are original to the building, a significant architectural feature, and can be repaired. We are asking both parties to honor their agreement. Please contact the City Board of Directors and do the same:

The QQA is also asking the Board to remove a boarded-up commercial building at 1924 Commerce Street from the list of structures to be condemned. The building is sound, the property owner, Stuart Yancey, hopes to sell it and it could qualify for tax credits because of its historic significance. 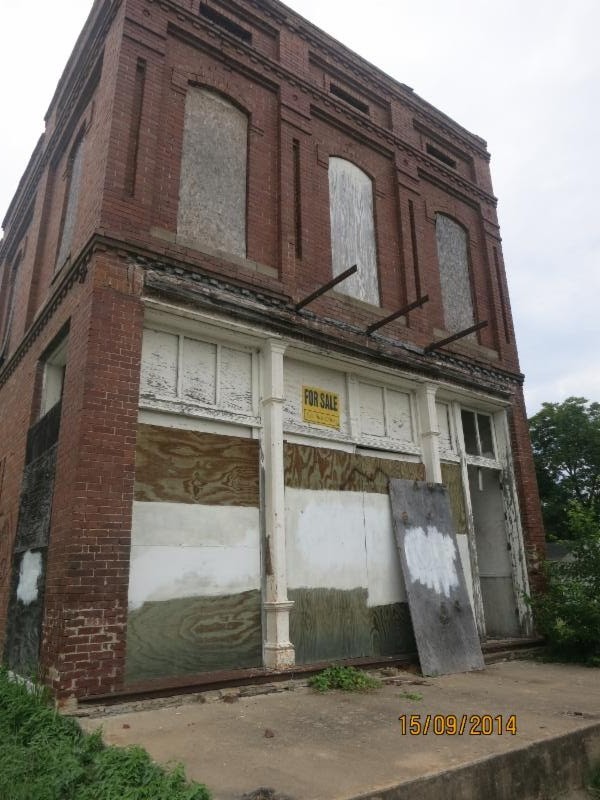