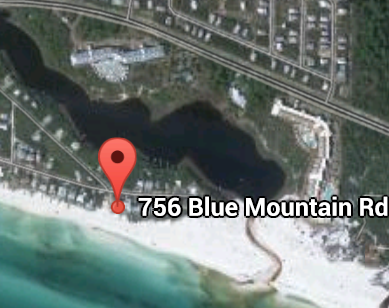 Mike Huckabee’s $3 million beachfront home is a marquee illustration in a Reuters investigation of “the crisis of rising sea levels,” including beachfront erosion and the peril and cost of building there. The article says political strings were pulled so he and his Texarkana pal and former legislator David Haak could get permits to build neighboring homes on an eroding beach in Santa Rosa Beach, Fla., despite original objections from regulators.

Under state regulations, they couldn’t build on the seaward side of the sand dune nearest to the surf. And after seven hurricanes in six years, the surviving “frontal dune” sat too close to the street to allow space behind it for the friends’ 11,000-square-foot (1,020-square-meter) compounds.

The structural engineer they had hired knew what to do. He dumped truckloads of sand farther out on the beach, shaped it into a mound, and declared the man-made hump to be the new frontal dune. When staff at the Florida Department of Environmental Protection (DEP) still balked at issuing the necessary permits, the engineer asked Michael Sole, head of the agency at the time, to intercede.

“I met with Secretary Sole on Friday …” the contractor wrote to DEP staff in a March 8, 2010, email, a copy of which was reviewed by Reuters. “I believe we’ve reached a consensus decision on the location of both these projects.”

The decision: Huckabee and his friend would nudge their home sites back 5 feet (1.5 meters). The permits were approved. Construction wrapped up in 2011.

In Florida, as most places, it’s who you know.


“I can’t think of a single project that I’ve done here in the last 12 years that’s been denied a permit,” said Terry Anderson, Huckabee’s engineer. He acknowledged that his winning record has depended on the occasional intervention of top DEP officials.

In a written response to Reuters, Huckabee complained about “the slow-walking of the permits,” but said he was pleased with the outcome. “We enjoy the home and are blessed to be able to open it to our friends and family, which we do often.”

Huckabee is just one of many who’ve worked around regulations intended to protect shorelines, the article notes. The demand for seaside living is great. Some of the most desirable places — such as Huckabee’s neighborhood — are the most in peril and the most popular. Reuters provided a graphic illustration — the house bought for teardown where Huckabee’s home now sits can be seen perched on the edge of a crumbling 20-foot sand cliff.

The American taxpayer is helping to protect Huckabee’s oceanfront home.

Congress this session approved five new sand projects that will require an estimated $400 million in federal help. Among them: Replenishment of the 19-mile stretch of beach that passes Huckabee’s vacation house, with $43 million in federal subsidies.

Wonder how Tom Cotton feels about THIS expenditure?

And Congress spends  despite proven risk.

Their lots rested directly atop the “Coastal Construction Control Line,” a state designation marking how far inland the surge from a 100-year storm might reach. Property touching it cannot be developed without a special permit.

To qualify for such a permit, buildings may not be placed atop the “frontal” dune, nearest to the water. On Huckabee’s and Haak’s land, the beach had eroded so badly that the frontal dune lay close to the street. Another provision allows new homes to be as close to the water as existing houses — but only if they “have not been unduly affected by erosion.”

Haak, owner of a label manufacturing company in Arkansas, said a surveyor warned him before they bought the property that the lots “were unbuildable” due to erosion. “That’s when we contacted Terry.”

And the rest is political history. The article details the engineer’s walk through the regulatory process. It included name dropping.

Anderson dropped Huckabee’s name in an email to the permitting staff on Jan. 19, 2010, the same day he submitted the permit applications: “As I mentioned to you earlier, one of these lots is for Mike Huckabee, the former governor of Arkansas and Presidential candidate. Needless to say, we’re getting a lot of subtle pressure [from the clients] to move the permit process along as quickly as possible.”

This is fascinating detailed reporting about the many hidden costs to the environment and multiple governments from beachfront development and the politically charged cottage industry that exists to foil beach protections. That Huckabee is a beneficiary of a government end-around that costs other taxpayers a lot of money is merely a local angle to a much larger national story.

We reported on the construction back in 2010.