The “Vote Against Issue 3” campaign this morning brought a 10-foot-tall wooden horse to the parking lot at the corner of Capitol and Izard this morning to represent their opposition to the legislatively referred constitutional amendment, Issue 3, which would tighten some ethics rules but loosen term limits.

Where lawmakers now are limited essentially to six years in the House and eight years in the Senate, the amendment would allow lawmakers to serve 16 years consecutively in the House or Senate. The title of the amendment says it “sets” term limits, which opponents say is misleading. Thus, the Trojan Horse. “We’re working to get the word out to voters that Issue 3 is a Trojan Horse from legislators and lobbyists, said Tim Jacob, chairman of Arkansas Term Limits, in a press release. “The ballot title is terribly misleading, and voters need to know to vote against this effort, which would more than double the limits in place.”

I oppose term limits and like the ethics rules included in Issue 3 (though wish they would go much, much further). That said, that is a very impressive horse. The lack of arts-and-crafts panache in political activism in Arkansas is a real bummer. Kudos to Jacob and company. Previous coverage of the Trojan Horse protesting Issue 3 here. 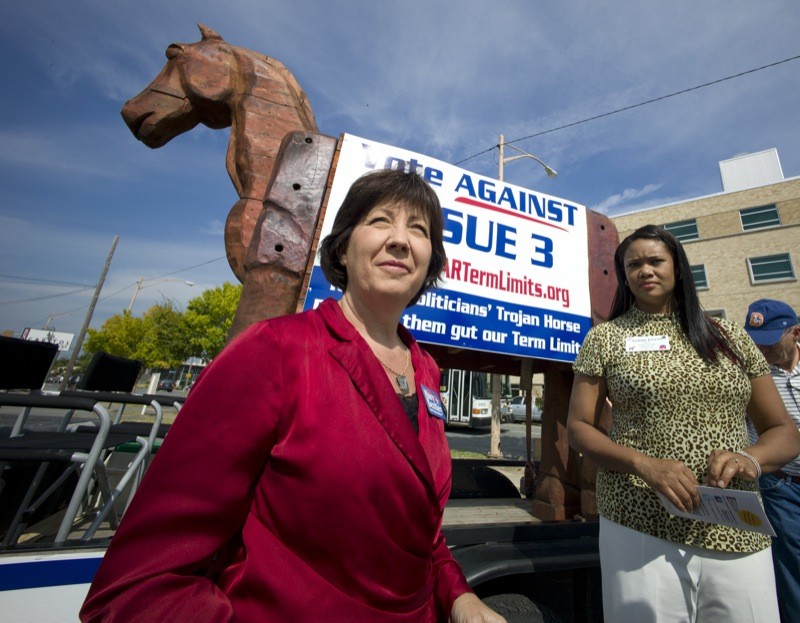