UPDATE 10:30 p.m.: Pulaski County Sheriff’s Office spokesman Lt. Carl Minden has issued more information regarding Aaron M. Lewis and how the PCSO came to have the photo of Lewis’ bloodied face (seen below, in our earlier post). A bench warrant was issued for Lewis’ arrest earlier today on one count of kidnapping in the disappearance of NLR realtor Beverly Carter.

Minden said that the photo of Aaron Lewis was taken following a car accident in the 8700 block of Jacksonville Cato Road near Mt. Ison Road at around 9:55 a.m. this morning. According to a police report on the accident, a witness said that she was behind Lewis’ vehicle when Lewis’s car went into a curve at a high rate of speed, began to fishtail and ran off the road, landing in a ditch. Lewis, who sustained facial injuries after hitting the windshield of the car, was transported to the Baptist Hospital emergency room by MEMS ambulance.

Minden said that at the time of the crash, Lewis was considered a person of interest in the disappearance of Beverly Carter, but was not under arrest while being transported to the hospital, and was not under guard by law enforcement because he hadn’t been charged at that point. The warrant for Lewis’ arrest wasn’t issued until 4:30 p.m. While undergoing tests in the emergency room, Minden said, Lewis left the hospital.

Minden said that Lewis is on active parole, and has a criminal history that includes a felony theft of property conviction in Washington County and Accomplice to Theft of Property, Theft of Property and Unlawful Removal of Theft Device out of Benton County. Minden said Lewis’ out of state charges include offenses in Kansas City and Utah. Minden said that Lewis has no previous book-in’s in the Pulaski County Regional Detention Facility.

Minden said that Aaron Lewis is 5’11”, and weighs 156 pounds. He has brown hair and brown eyes. An email from Minden said that he should be considered dangerous. Minden said the PCSO is not releasing the information that led to a bench warrant being issued for Lewis’ arrest.

A bench warrant has been issued for a man named Aaron M. Lewis, 33, on one count of kidnapping in the disappearance of Beverly Carter, 49, a Crye-Leike real estate agent who vanished after going to show a house on Old River Drive in Scott on Thursday afternoon. The warrant lists Lewis’ last known address as 165 Randall Drive in Jacksonville,

KTHV reports that PCSO spokesman Lt. Carl Minden said Lewis went to Baptist Hospital earlier today for his injuries from the car accident, but fled before deputies could arrest him.

You can see the bench warrant issued today here: 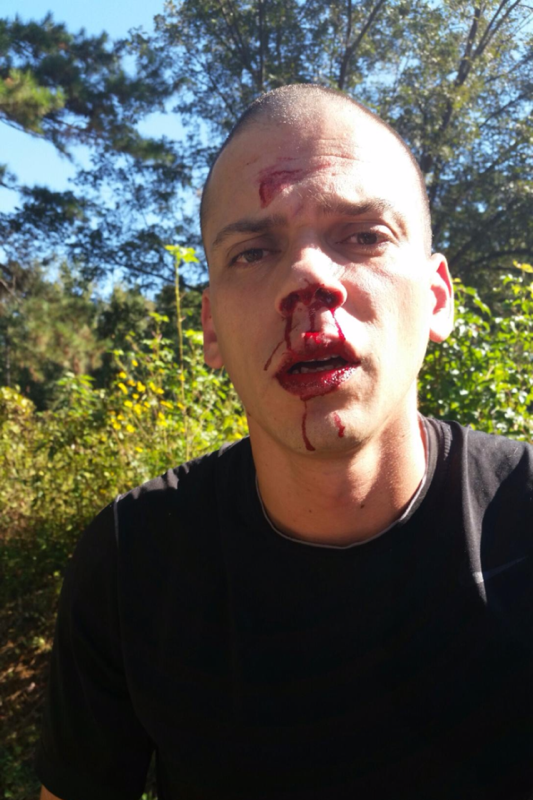