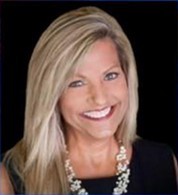 News this morning from the Pulaski sheriff’s office on the discovery of the body of Beverly Carter, the North Little Rock real estate agent who was reported missing Thursday night.: KARK/KLRT reports the body was found behind a Daylight Donuts shop.

The site is some 18 miles north of the last real estate appointment at which Carter was expected, but near a cement plant that Facebook posts suggest once might have employed the murder suspect. A dump truck was seized by police in west Little Rock shortly after a police call led to the suspect’s arrest.

On September 29, 2014 at about 10:15 a.m., Arron Lewis was apprehended by the Little Rock Police Department on his outstanding Kidnapping warrant out of the Pulaski County Sheriff’s Office (PCSO). Lewis was brought to the Sheriff’s Office Investigations Division for questioning. After over 12 hours of interviewing by Investigators, Lewis was transported and  booked into the Pulaski County Regional Detention Facility (PCRDF). Lewis admitted post  Miranda to kidnapping Beverly Carter, but would not divulge her whereabouts.

Shortly after Lewis was booked into the PCRDF, PCSO Investigators obtained information that led them to the 12100 block of Hwy 5 (Cabot city address in Pulaski County). Investigators located a body in a shallow grave on the property. The body was identified as Beverly Carter. The family was then notified of the finding.

Arron Lewis’ charges will be amended to Capital Murder. Lewis remains in the PCRDF on his charges and a parole hold for the Arkansas Department of Corrections.

The Sheriff’s Office would like to extend their gratitude to all of the volunteers who aided in the search for Beverly Carter and the various agencies that assisted during the investigation. The Sheriff’s Office also extends their deepest condolences to the Carter family for their tragic loss.

UPDATE: The LRPD has released the police report from yesterday’s arrest of Arron Lewis in Little Rock, including information about Lewis leaping from a second story window while attempting to escape police, and pulling a box cutter on a citizen who was following him while on the phone with police. The narrative from the report appears below:

ON THE ABOVE DATE OFFICER NELLIS AND I RESPONDED TO A SUSPICIOUS PERSON CALL AT THE SUBWAY ON 1700 GREEN MOUNTAIN DRIVE. WHEN WE ARRIVED IN THE AREA, WE OBSERVED SEVERAL CITIZENS STANDING IN THE ROADWAY POINTING TOWARDS PLEASANT POINTE APARTMENTS. WHEN WE ENTERED THE APARTMENT COMPLEX, THERE WAS A LARGE GROUP OF CITIZENS STANDING AROUND THE CLUB HOUSE/OFFICE. THE GROUP OF CITIZENS ADVISED ARRON LEWIS (W/M 01/13/1981- KIDNAPPING SUSPECT) RAN INTO THE CLUB HOUSE/OFFICE AND DID NOT COME OUT.