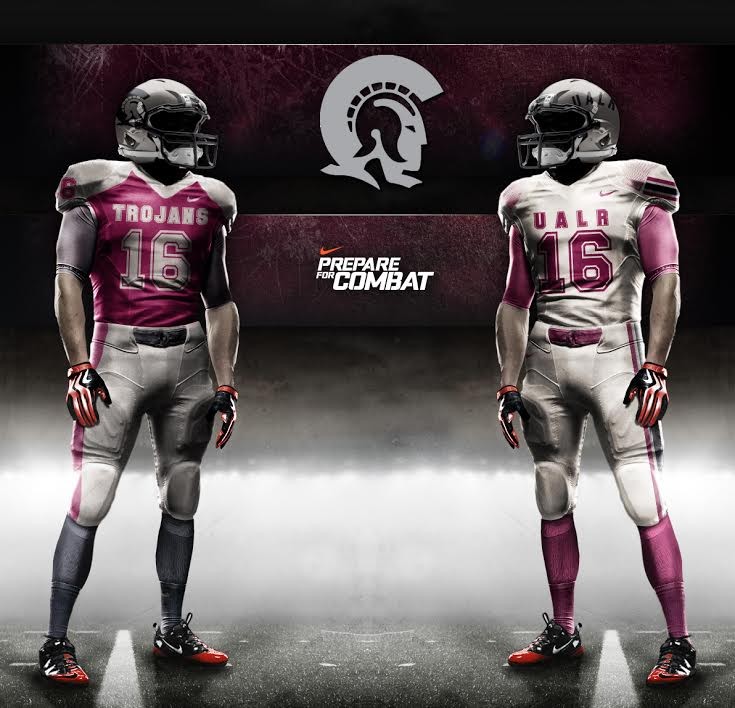 When the mayor of Little Rock must send out a news release begging people to watch the University of Arkansas Razorbacks play SEC football opponent Georgia at War Memorial Stadium this Saturday, it’s not hard to see why people think the end of UA games in Little Rock is near.

UA can sell 16,000 more tickets in Fayetteville than it can sell at 55,000-seat War Memorial Stadium for starters. This week’s game still has tickets available, more than 2,000 according to radio chatter this morning. It was pathetic to hear people calling in to volunteer money to send needy children to the game (not buy them for themselves).

Evin Demirel wrote about this on his blog. Arkansas is now a unique outlier in bigtime football for holding a “home” game away from campus. Fans must pay a premium here. Their reward, apart from a team with a lacklustre record for several years, is this: the one game next year is going to Toledo. Who? Under a deal the War Memorial Stadium Commission struck to preserve Little Rock games with Hog CEO Jeff Long, Little Rock gets one game a year through 2018. At least one more will be an SEC team before the deal is done. Who? Maybe Vandy?

War Memorial games are a grand tradition. Little Rock once carried the program when the Hogs couldn’t fill a smaller Fayetteville stadium. The balance of money power has shifted to the fortunes of Northwest Arkansas from the old plantation economy. Big-time teams play their games at home megastadiums where the “student athletes” nominally attend class. This, it has always seemed to me, is as it should be.

Mayor Mark Stodola is thumping the tub today for patriotic Little Rockers to buy game tickets for a 3-3 team at $100 per to show how blindly we love the Hogs and the economic boost they bring to town. I feel his pain. But, sorry, bub. It’s a business. A gate worth an additional $1 million-plus without travel costs simply trumps tradition in corporate athletics. And fans with TV access and other things to do aren’t particularly motivated to part with $100 (plus $25 parking and overpriced weenies) to see a loser play ball.

Here’s what Little Rock ought to do. Join forces with Arkansas State and mount a drive to legislatively mandate games each year in Little Rock between ASU and the UA. No gate guarantee for the Toledo Mudhens (or whoever they are) would be required. The game WOULD sell out no matter how pitiful the teams. No need for packing seats with needy children like some Texas League baseball team. What’s next? A half-time demolition derby or a visit from Capt. Dynamite?

UPDATE: Former blogger Grayson Shelton reminds me of his idea to get football started at UALR to fill the hole in War Memorial. He even dreamed up battle togs for the Trojans, shown above.

UPDATE II: A friend and Hog fan notes that the $100 ticket price includes a required $35 contribution to the Razorback Foundation. More use of public facilities and employees to finance an outfit that doesn’t share its information with the public. My friend observed about the games:

The other notable to me is that this is kind of like the end of a long marriage/relationship where an arrogant party has essentially declared that he is leaving for a younger woman but will stick around for a few more years, during which time the spurned spouse is supposed to show the same enthusiasm she had for the first 65 years of the union. LR and Central AR are saying, in effect, go ahead and leave now.

I do think what Stodola and the folks who run the park ought to figure out is how to replicate some of the festivities of game days on the golf course. I think others have suggested that they pick a fall day when there is an away game, rent big screens for the fraction of people who care about watching the game and don’t have their own TVs at their tailgate sites, but let people tailgate on the golf course before, during, and after the game. I would rather do that than go to the game, given the 15 game losing streak in the SEC. Look at the burgeoning turnout for Harvest Fest in Hillcrest two Saturdays ago.

Mayor Mark Stodola announced today support from the City of Little Rock for this weekend’s Arkansas Razorback football game against the Georgia Bulldogs. The Oct. 18 game will be the only home game the Razorbacks will play in Little Rock this year.

The Little Rock game, played at War Memorial Stadium, delivers an important revenue boost for local business owners. According to the economic models provided by the National Association of Sports Commissions and the Destination Marketing Association International, the direct gross spending by spectators at this event is estimated at $3,757,875.

Mayor Stodola explained the importance of this sporting event to the City and its residents.

“As mayor of Little Rock, I am committed to the economic growth of our city,” said Stodola. “Razorback games hosted in Little Rock support our business community and increase our visibility as a destination. Local business owners in a wide variety of industries seize this opportunity to generate revenue and consequently strengthen our economy.”

Little Rock’s Razorback game also has a positive impact on the central Arkansas hospitality industry. Gretchen Hall, president and CEO of the Little Rock Convention and Visitors Bureau, outlined the game’s weekend-long influence, with many Arkansans across the state making their way to the capital city on Friday night.

“Having the game at War Memorial Stadium provides a tremendous boost to the local economy,” said Hall. “Thousands of visiting Hog fans will be spending money on lodging, restaurants and other businesses throughout central Arkansas.”

The number of home games played in Little Rock has decreased over the years. Many believe the University of Arkansas will assess this weekend’s attendance to determine if the Little Rock game tradition will continue.

“Little Rock has a long and great tradition of hosting the Razorback football team at War Memorial Stadium,” said Crass. “The games are part of the DNA of our community. It is critical that the fans help us make the Georgia game a sellout.”

Mayor Stodola also expressed his confidence in the Hogs’ ability to achieve yet another victory in Little Rock.

“The Razorbacks have a great winning tradition at War Memorial Stadium – I predict our team will win this match!”

The Arkansas vs. Georgia game will take place on Saturday, Oct. 18 at 3 p.m. in War Memorial Stadium. Tickets are $65 and are still available online at www.arkansasrazorbacks.com, at the north end zone ticket office of the stadium or by calling (501) 663-6385.