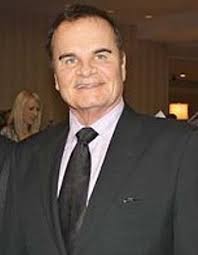 A friend punched Michael Morton’s name into the search engine on the secretary of state’s campaign finance page yesterday and churned out the numbers above of Michael Morton’s direct contributions to candidates this year as reported by candidates who file reports on-line.

This $27,000 (all to Republicans except Larry Teague) is just the tip of a much bigger iceberg of cold cash from the Fort Smith nursing home tycoon.

We’ve reported numerous times about how Morton uses multiple corporate identities to give the maximum from all his companies to the same candidates. He further leverages his influence with contributions to PACs (remember the $21,000 he funneled into PACs set up just in time to reward former judicial candidate Mike Maggio, who was in the process of knocking $4.2 million off a jury verdict against a Morton nursing home).

Through this scheme,  he gave $13,000, for example, to a Senate candidate, Bruce Holland, through shell contributions.

And then, among others, there’s the race for attorney general. Republican nominee Leslie Rutledge hasn’t had great l fund-raising success in her race against Democrat Nate Steel — though the Walton and Murphy fortunes and their related organizations (Deltic, for example, and its lead lobbyist) have contributed mightily. Doesn’t matter much. A dark money special interest group is going to spend more than $1 million from unidentified sources on attack ads against Steel in the final days.

But check Michael Morton in this race. I’ve identified 46 contributions (given in bundles in February, March, May, June, July, September and October) in the name of Morton or his corporations to the Rutledge campaign. That’s $92,000, or more than one of every $7 she’s raised so far. As I’ve mentioned before, the attorney general’s office might be of interest to a nursing home owner because it has a Medicaid fraud division. Medicaid is a major source of revenue for Morton’s nursing homes. He pumped in 16 $2,000 contributions in his and nursing home corporate names in June and July alone.

Through this and other reporting, it’s clear Michael Morton Inc. has contributed  in the neighborhood of $250,000 n political races this year, perhaps much more.  What does he expect in return? Good government? And what does good government mean to somebody who runs a nursing home? And how much money must those homes make to afford this kind of overhead/

You have to wonder how much money Morton would have spent on judges if his early money hadn’t helped scare away opponents from Rhonda Wood and Karen Baker, two of his most highly favored judicial candidates. He backed three winners on the seven-member 2015 Arkansas Supreme Court.

Moral: At a minimum, Arkansas needs full on-line campaign finance reporting so that it is easier to get out the bottom line for kingmakers like Michael Morton. It would be nice, too, to end the shell game of multiple contributions from essentially the same person. It makes a mockery of campaign finance limits. Maybe Leslie Rutledge would put that in her legislative package.

UPDATE: Matthew Hass, CEO of the Arkansas Trial Lawyers Association, had a sharp reaction to my compilation of Michael Morton’s influence-peddling:

Just read your story about Michael Morton and his outrageous shell game of political giving. It’s really terrible – we entrust Michael Morton to take care of our elderly family members, giving him our taxpayer dollars via Medicare and Medicaid, and he in turn makes millions and turns around and uses those profits to set the political agenda in his favor. When Texas style tort reform rears its ugly head in the 2015 session, we can all look back to this and know that it cost $250,000 to introduce Morton’s Law, which will aim to perch him just above the law. Texas has gutted local control from juries so that they no longer have a say about what is right or wrong in their communities, and have instead given that power to big government bureaucrats backed by millionaires. Arkansans are going to have to tell their legislators that Arkansas juries have the wisdom to hold people like Michael Morton accountable, just as they have the wisdom to Arkansas juries to hold murderers accountable. This is the core of government “by the people”.

In any case, he must file a statement of financial interest. It lists all his nursing home holdings. To get a full reading of his contributions — direct to candidates and to multiple PACS — you have to look up his name and all his related businesses for all candidates, not all of whom file on-line. But if anybody wants to go after it.