I told you earlier this week about State Election Commissioner Stu Soffer’s complaint about the mass mailing being down by the Koch brothers-backed Americans for Prosperity — “warnings” meant to encourage selected voters to get out and vote.

Soffer, a Republican from White Hall, wanted to be removed from the AFP mailing list. Today, he writes:

Apparently AFP did not take me seriously. The good news is recipients of these abusive attempts to intimidate voters have recourse. Please note they are using nonprofit bulk mailing reduced postage to mail these items. I have asked them to stop; they have not so now I have recourse with the Postal Service for abuse of reduced postage privileges. They may have deep pockets but complaints that may result in loss of their franking privilege will get someone’s attention.

AFP has not returned calls about its election efforts, which have raised flags around the country, as links in the earlier story show. I don’t know if Soffer has a valid theory on suppressing these mailings as you could an underwear catalog, but perhaps he’ll finally get some sort of response from AFP.

PS — Jana Della Rosa, a Republican candidate for House from Lowell, notes the similarity in wording on these AFP mailings with mail from something called A Public Voice during the primary. AFP’s tactics seem to have few admirers. 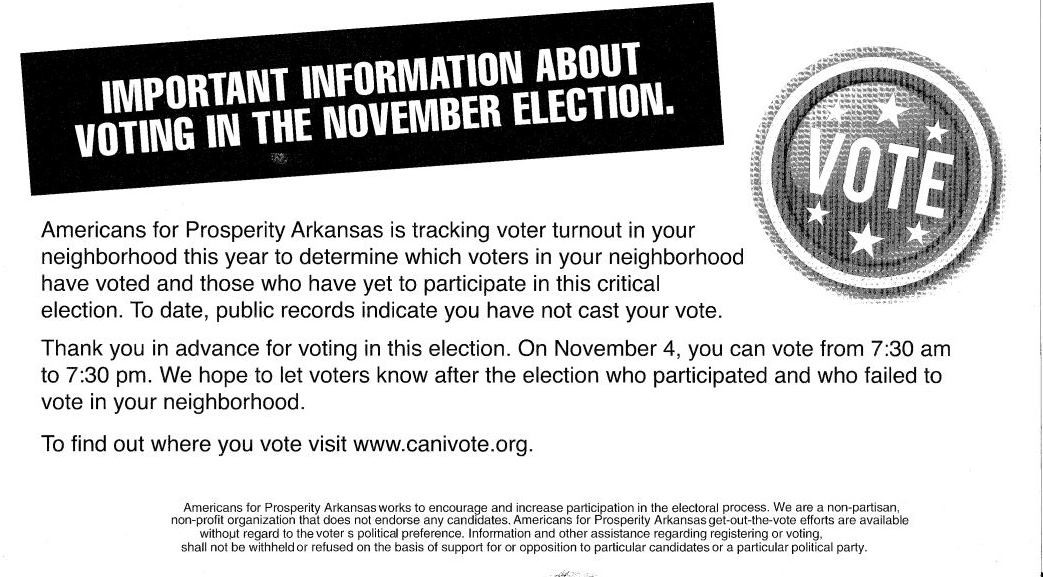