Here’s a tonic for Arkansas liberals who had a bad week.  It’s about an Arkansas progressive who led a drive against mighty Chevron Oil in a Big Oil company town and won.

Tom Butt, a 70-year-old architect, Arkansas native and UA grad, is the hero of this tale. He won the mayor’s seat in a town that finally had enough of Chevron running roughshod over health and environmental concerns in the big refinery center on San Francisco Bay.

In a surprise victory, Tom Butt was elected Richmond Mayor tonight after a multimillion-dollar campaign by the Chevron Corporation failed to defeat Butt or elect a slate of candidates the giant oil company had supported.

According to tallies as of Wednesday morning, Butt received 51.43 percent of votes, beating his nearest opponent Nat Bates, whose campaign was supported by Chevron, by 16 points.

An ecstatic Butt, speaking from his headquarters, praised his campaign workers and marveled at the unexpected margin of victory: “I’ve never had such a bunch of people who are dedicated and worked so hard. It’s far away above anything that I’ve ever experienced.”

But whatever you do, don’t fail to give a listen to Butt’s campaign theme song, “The Arkansas Rattlesnake.” Winners danced to the song at the victory party.

Here’s Butt’s bio, by the way. He’s one of three sons of the late Judge Thomas F. Butt of Fayetteville. Want some bona fides? See his Fayetteville High football photo below. Got a degree in architecture at UA. Awarded the Bronze Star during service in Vietnam. One  son and the son’s wife are also UA architect grads. 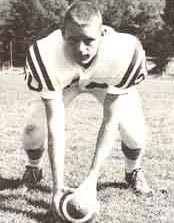