A friend passes along a copy of a letterfrom Sen. Gary Stubblefield of Branch announcing that he’s dropping his challenge of Sen. Jonathan Dismang for leadership of the state Senate.

All had expected Dismang to rise to president pro tempore based on earlier commitments, but Stubblefield last week said he’d challenge him. They’re on opposite sides of the private option issue. Stubblefield also criticized Dismang for naming a former Beebe staffer with Democratic ties as a top staff member and for his continued plan to deliver on a promise to put Democrat Larry Teague in the Senate chair of Joint Budget.

Even some private option foes like Sen. Bart Hester had said they still planned to back Dismang. Stubblefield is not known as a Senate leader. He would have started with none of the 11 Democratic members most likely. That meant he’d need to round up 17 of the other senators, plus himself for a majority. It seemed like a daunting task.

Following is his purported letter. UPDATE: Stubblefield confirms its authenticity without elaboration. Dismang commented: “We had a good talk. I appreciate his friendship and look forward to working with him during the next session.” 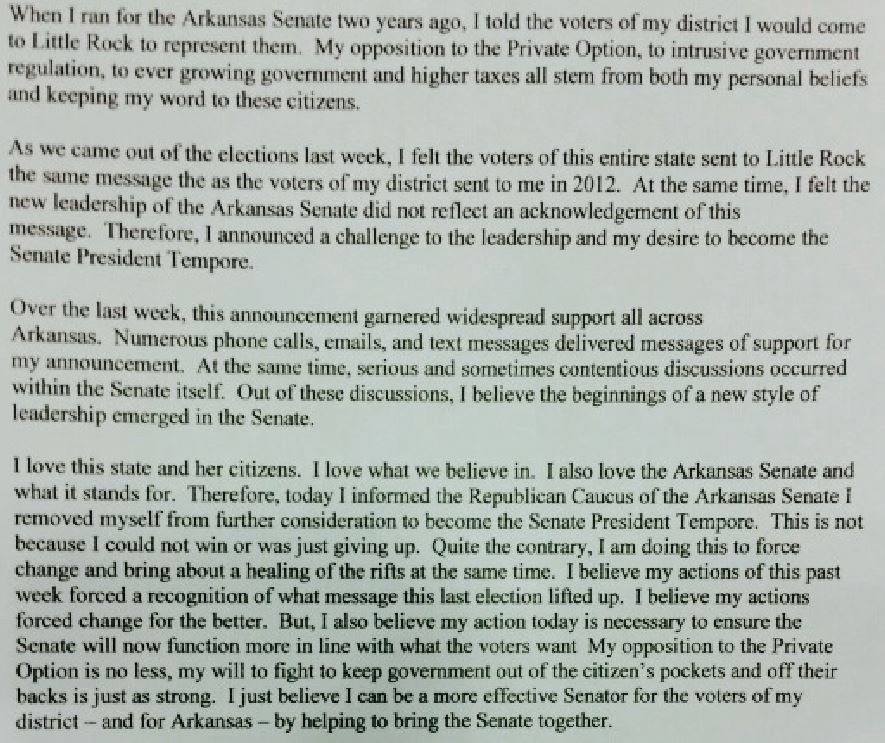