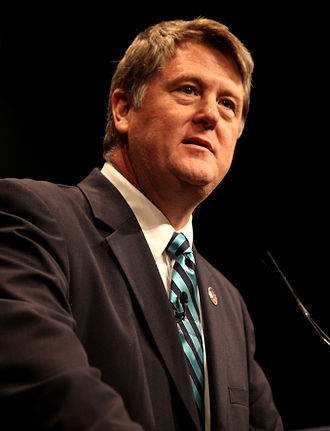 Mike Huckabee is on a thinly disguised presidential campaign roots-nourishing trip to Poland and other locations, with stops intended to cement his solidarity with the ghosts of Margaret Thatcher, Ronald Reagan and Pope John Paul II and other totems of the GOP far right.

But look who’s gone along for the ride with 100 “political and faith leaders” and talking about the Huckster as prime presidential material — Floyd Brown, writing glowingly of the Huckster in Wall Street Daily.

* He introduced the infamous Willie Horton ad during the Bush-Dukakis race.

* He co-founded Citizens United. Yes, THAT Citizens United. Its hit job movie on Hillary Clinton undergirds the calamitous Supreme Court ruling of the same name that has opened the floodgates to corporate money dominance of politics.

* He orchestrated a campaign to blunt challenges to the nomination of Clarence Thomas to the Supreme Court.

* He stalked the family of a suicide victim in an attempt to dig up dirt on Bill Clinton.

* His Citizens United and its tool, David Bossie, were leaders of the bogus Whitewater scandal aimed at bringing down Bill Clinton’s candidacy and then his presidency.

There’s lots more, but none of it diminishes the general sliminess I’ve already outlined.

On the Republican side, the race is as divided and contentious as ever…

Of the prospects, though, one particular man stands out from the crowd. And for this reason, I followed him all the way to Poland so I could share this information with you…

Some people would keep their distance from Floyd Brown. 10 hours on a plane with this joker and you’ll debark with fleas.

Through the wonders of YouTube, you can travel along, here a clip from Huckabee speaking at Auschwitz. I believe you can see Brown in it taking pictures.

Speaking of odious: the man who arranged this trip is religious right activist David Lane. He’s another one that should leave you scratching from association. Work to ban same-sex marriage has been one of his leading causes and he reportedly masterminded the removal of Iowa Supreme Court judges who struck down that state’s ban.

Floyd Brown and David Lane as your promoters? Imagine a Huckabee presidency.