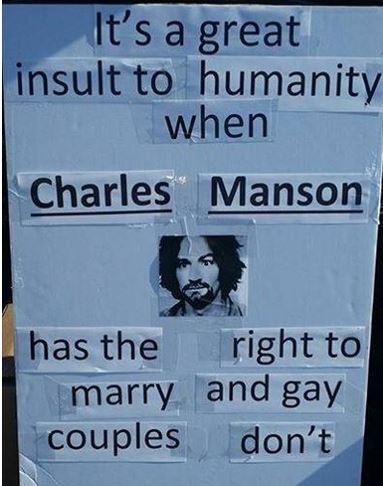 The gay haters at the Family Council, led by the usual Cox-Duggar duo, attracted a few hundred people to the Capitol today to pray that the Arkansas Supreme Court will be persuaded by arguments tomorrow to continue to allow discrimination against gay people in Arkansas by banning same-sex marriage and also recognition of legal marriages in more enlightened states.

The usual stuff. Intended as intimidation of the court. But there was a counter-protest from supporters of marriage equality. They included  Randy Eddy-McCain and Sheryl Myers of the Open Door Community Church, which welcomes LGBT people and supports marriage equality. Gavin Lesnick reports for the Arkansas Democrat-Gazette that somebody in the Duggar claque tried to shoo Eddy-McCain, but he would not be moved and stood with his sign among opponents when a call came for pastors to assemble. He told Lesnick:

“I understand it, I grew up in Arkansas and I understand some of the thought processes,” he said. “But as a person who is a pastor who has seen many gay/lesbian couples that are followers of Jesus … we felt like we needed to be a voice for them.” 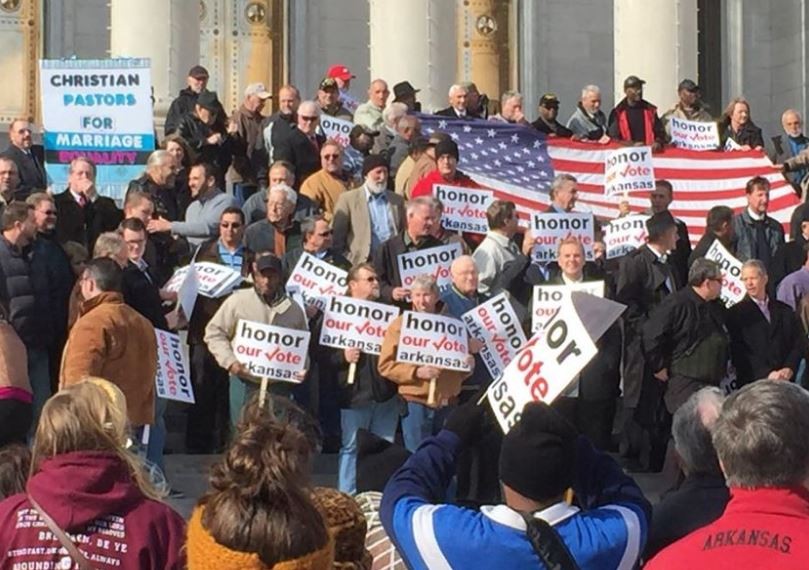