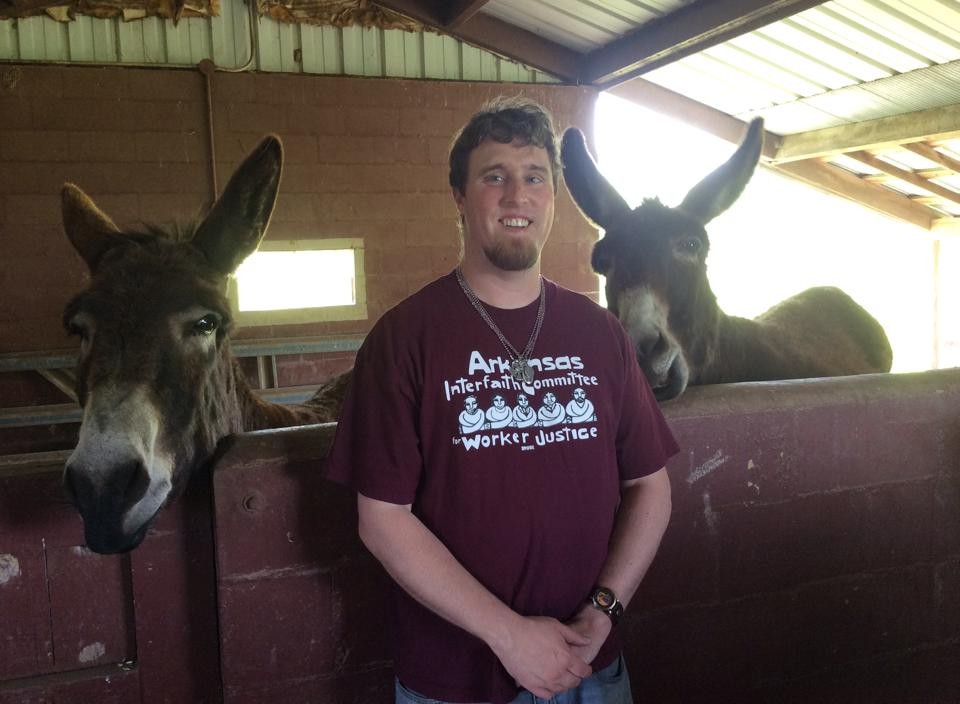 Here’s an open line on a gloomy Sunday. This was uplifting:

* THE CATHOLIC SOCIAL GOSPEL: Ernie Dumas and I joined Stephanie Spencer last week in looking askance at the profile in the Arkansas Catholic about new Republican Congressman French Hill of Little Rock, a millionaire banker, whose devotion to Catholicism nonetheless finds him in disagreement with the local bishop and Pope Francis on matters of economic justice and comforting immigrants. Not so young lawyer Caleb Baumgardner, who has his own opinions expressed in an Arkansas Catholic profile. He worked in the successful campaign to raise Arkansas’s minimum wage, which French Hill opposed. In it, Baumgardner sees church teaching.

Caleb Baumgardner, a Catholic attorney in Little Rock, has strong words for those who won’t support a minimum wage.

“They are a lot of people who enjoy scorning the poor and then they go to church on Sunday, and they don’t see the disconnect,” he said. “It’s not just a disconnect, it’s a gulf. They need to revisit the roots of the faith.”

Baumgardner has worked for Catholic Charities of Arkansas, whose leader, like Baumgardner, speaks highly not only of the minimum wage increase but of someday indexing the standard to inflation so gains won’t be lost. And they speak, too, of doing something about wage theft, a pernicious practice that particularly preys on immigrant workers. That legislation would be a hard slog in the Arkansas legislature. The article quotes Baumgardner:

I think the main argument for the minimum wage from a Catholic standpoint is the many social writers,” he said. “St. Thomas Aquinas talks about every person who works is owed a due. One of the fundamental differences in Catholic teaching, traditional Christian thought and many Americans has been Catholic teaching and traditional Christian thought has been that if you can afford to hire someone, then you can afford to pay them enough to live. Not to live extravagantly but to have a place to live, food and be able to take care of their kids, medical expenses and be able to put away a little bit, to have a thrifty but decent life. The Church says and has always said that you have a moral obligation to do that.

Thus endeth tonight’s sermon. I’m going to a get-together to raise some money for the campaign to preserve Fayetteville’s ordinance to discourage discrimination in employment, housing and public accommodations on account of age, gender, religion, race, ethnicity, national origin, marital status, disability, socioeconomic background, veterans status and, oh by the way, sexual orientation. Dignity and equal treatment for all. Who could oppose that? We’ll see in the special referendum Dec. 9.

There’s also a website, with a link to make a pledge to the campaign. Good turnout at the Little Rock fund-raiser this evening.