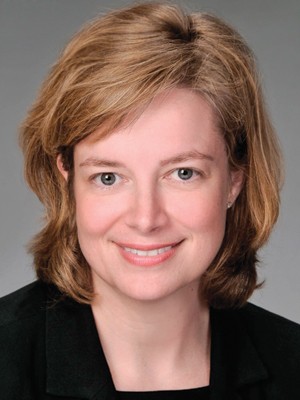 Judge Baker heard arguments in the case last Thursday. She ruled in a 45-page opinion. The lawsuit challenged the ban as to both people prevented from marrying and for those married in other states denied equal protection under the law in Arkansas.

She wrote that the Arkansas bans — in Constitution and statute — “deny consenting adult same-sex couples their fundamental right to marry in violation of the Due Process Clause and the Equal Protection Clause of the Fourteenth Amendment to the United States Constitution.”

She granted an injunction against enforcement of the bans, but stayed the ruling pending appeal so it won’t open the door to immediate renewal of granting marriage licenses, as happened for about a week after Circuit Judge Chris Piazza struck down the ban in a state lawsuit. If no appeal is filed, the injunction would take effect. I’m still awaiting a response from Attorney General Dustin McDaniel on his plans, but to date he’s taken every appeal possibility.

UPDATE: A spokesman for McDaniel’s office said: “We are reviewing the decision at this time. We appreciate Judge Baker’s implementation of a stay in this matter in order to avoid confusion and uncertainty as this case goes through the appeals process.”

A decision is still pending from the Arkansas Supreme Court on a separate state challenge brought in a suit filed by Cheryl Maples on behalf of multiple clients. The state suit challenges the bans on state constitutional grounds. If the Supreme Court were to uphold Piazza on a state constitutional basis, it might moot a federal appeal of Baker’s ruling, said Jack Wagoner, the Little Rock lawyer who filed the federal case. Arkansas Supreme Court cases can only to the U.S. Supreme Court and doctrine holds that they don’t take cases decided strictly on state grounds.

He said the legal team will review whether it can appeal to the judge to reconsider the lifting of the stay. In some other judicial circuits, federal appellate courts have denied stays and the U.S. Supreme Court has refused to reimpose them in three circuits. There is not a controlling precedent in the 8th Circuit U.S. Court, which governs Arkansas. “The landscape has been changing as far as these cases being stayed while on appeal,” Wagoner said. They had been granting stays, but not so much in recent cases.

PS — A federal judge in Mississippi, like Baker, an appointee of President Barack Obama, struck down that state’s same-sex marriage ban today.

The court rejected the state’s procedural challenge and also an argument it should defer to the state court case. The judge said the parties in the federal case were not a party to the state case and so their rights were at issue and should be considered. She also said the state was not immune from lawsuit. She dismissed the state’s effort to raise old cases on same-sex marriages as a defense because of “significant doctrinal developments,” specifically including the landmark Windsor case in New York, since upheld in dozens of courts. She wrote:

Accordingly, although states maintain the power to regulate domestic relationships, they must do so “subject to,” and within the confines of, “the constitutional rights of persons.”

Judge Baker specifically rejected the one departure from court rulings ignoring the precedent of a Minnesota case, the Baker decision, which the Sixth Circuit cited in upholding bans in four states in a 2-1 decision.

Further, it is difficult to reconcile the Supreme Court’s statement in Windsor that the Constitution protects the moral and sexual choices of homosexual couples, Windsor, 133 S. Ct. at 2694, with the idea that state laws prohibiting same-sex marriage do not present a substantial federal question. For the foregoing reasons, Baker does not bar the Court from reaching the merits of plaintiffs’ claims.

The judge also accepted the plaintiffs’ arguments that an 8th Circuit Case from Nebraska, Bruning, didn’t apply, principally because it was decided before developments in Windsor and because that case didn’t present a due process claim, as the Arkansas case does.

Unlike the appellees’ claims in Bruning, plaintiffs’ claims here assert, within the Fourteenth Amendment to the United States Constitution, a fundamental right to marry under the Due Process Clause and the freedom to exercise that right like other citizens do under the Equal Protection Clause, a fundamental right to travel under the Due Process Clause, and discrimination on the basis of gender in violation of the Equal Protection Clause. Therefore, because the Bruning court was not asked to address and did not address these legal claims, the holding of Bruning does not require this Court to dismiss plaintiffs’ right to marry, right to travel, and gender discrimination claims.

The judge accepted the plaintiffs arguments for a fundamental right to marry.

Separate Defendants maintain that plaintiffs must describe their asserted right as one for “same-sex marriage,” and that any such right cannot be fundamental and, therefore, cannot get heightened protection because same-sex marriage is not deeply rooted in this nation’s history and tradition. This argument is unpersuasive for several reasons. As the Supreme Court has stated, “the right to marry is of fundamental importance for all individuals.”

She drew a distinct parallel with the Loving case, in which a Virginia couple successfully challenged a state law that prohibited marriage of interracial couples. She noted that those racial bans, too, were the product of long-standing cultural traditions, a defense offered by the state. She commented:

These cases underscore that the drafters of the Fifth and Fourteenth Amendments “knew times can blind us to certain truths and later generations can see that laws once thought necessary and proper in fact serve only to oppress. As the Constitution endures, persons in every generation can invoke its principles in their own search for greater freedom.”

The judge also took steps to address those who raise the slippery slope argument — that same-sex marriage could lead to invalidation of limits on marriage by relatives and the like.

Because the Arkansas marriage laws restrict the Jernigans and Austins’ fundamental right to marry, these laws are subject to strict scrutiny. This standard for examining the Arkansas laws at issue, which significantly interfere with a fundamental right, is consistent with what the Supreme Court has said in past cases. Nevertheless, “[b]y reaffirming the fundamental character of the right to marry, [the Court] do[es] not mean to suggest that every state regulation which relates in any way to the incidents of or prerequisites for marriage must be subjected to rigorous scrutiny. To the contrary, reasonable regulations that do not significantly interfere with decisions to enter into the marital relationship may be legitimately imposed.”

The ban goes beyond the limits permissible, the judge said. Strict scrutiny of the law requires more than a generalized defense.


In responding to the state’s argument that the people’s vote should be important, the judge said she didn’t take lightly the notion of striking down such a law. But she said the laws offered no specific justification — “instead, they represent the type of generalized, post hoc, and litigation-reactive justifications that strict scrutiny disallows.” Popular vote is not sufficient to justify violation of the equal protection clause of the constitution, she said. The state may regulate, she said, but regulations must comport with the Constitution. She rejected a plea to consider procreation, saying the marriage system doesn’t distinguish between procreative and non-procreative interests.

She, too, quoted Justice Antonin Scalia, a same-sex marriage foe most likely, whose writing in another case in which he’d dissented that it would follow that the ruling would allow same-sex marriage. Many judges have delighted in gigging Scalia with his own words. He wrote:

What justification could there possibly be for denying the benefits of marriage to homosexual couples exercising the liberty protected by the Constitution? Surely not the encouragement of procreation, since the sterile and the elderly are allowed to marry.”

The judge said the state had failed to prove another argument, that same-sex marriage could harm children.

First, Separate Defendants have not explained how allowing same-sex marriage between two consenting adults will at all prevent heterosexual spouses from caring for their biological children. This rationale also ignores Arkansas’s adoption laws, which declare that even “[a]n unmarried adult” may adopt and that “any individual may be adopted.”  Moreover, Arkansas law currently allows individuals in same-sex relationships to adopt.

On a final state argument, she wrote:

Separate Defendants’ fifth rationale—preserving the “purposes and social norms linked to the historical and deeply-rooted meaning of marriage”—also appears to generalize their stated interests in procreation and child rearing. This rationale neither indicates any separate “purposes” for banning same-sex marriage between consenting adults apart from those discussed above nor shows how same sex marriage endangers these unspecified purposes. As a standalone interest, “‘preserving the traditional institution of marriage’ is just a kinder way of describing the State’s moral disapproval of same-sex couples.”

She concluded in granting the plaintiffs’ motion for summary judgment; “that the Arkansas laws at issue deny consenting adult same-sex couples their fundamental right to marry in violation of the Due Process Clause and the Equal Protection Clause of the Fourteenth Amendment to the United States Constitution.” Given that core finding, she didn’t rule for plaintiffs on arguments that liberty and ability to travel were restricted and that the law amounted to discrimination on the basis of sexual orientation. But she did find that the Arkansas law discriminates based on gender — a man may hot marry a man, a woman may not marry a woman.