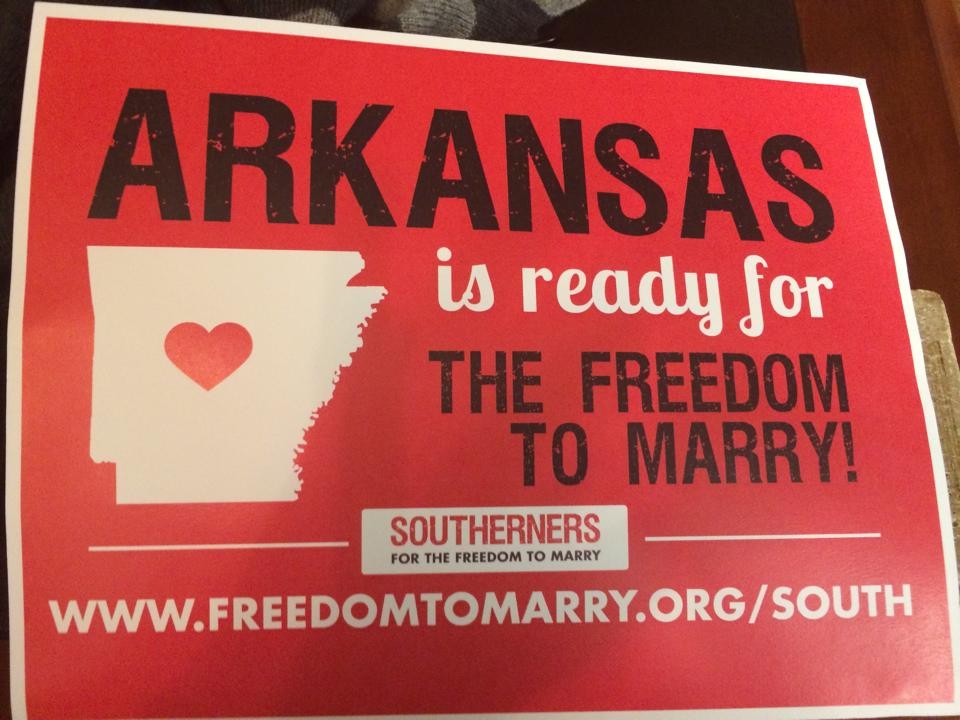 As announced yesterday, plaintiffs in the state case challenging the state’s ban on same-sex marriage presented a petition to Attorney General Dustin McDaniel today urging him to drop an appeal of a federal district judge’s decision striking down the ban. Circuit Judge Chris Piazza invalidated the ban in a separate state suit, the appeal of which could be decided this week by the Arkansas Supreme Court.

A church pastor, Randy Eddy-McCain, and his husband, Gary, delivered petitions with more than 1,000 names.

A spokesman for McDaniel said the attorney general wouldn’t decide on the federal appeal until after the Arkansas Supreme Court rules.

Of course. If the state court rules on strictly Arkansas constitutional grounds — which is one of the arguments, though long considered something of a long shot — there’d be no grounds for a federal court appeal.

Here’s another wrinkle. It’s possible McDaniel may make no more decisions in the case.

If the Supreme Court rules Thursday, there’s a 30-day period in which a request for a rehearing can be made. If a request is made, opponents have a chance to respond. Depending on circumstances, all this could put a final decision in the state case on hold until after McDaniel leaves office. That would leave all appeal decisions to Republican Leslie Rutledge, who takes office at the first of the year.

This is also time to mention another wrinkle on the minds of people following the case: What if the Arkansas Supreme Court is split on the case 4-3? What if a rehearing decision isn’t made until after two current members of the court leave the bench — Donald Corbin and Cliff Hoofman — and are replaced by new justices Rhonda Wood and Robin Wynne? They could replace swing votes (Hoffman isn’t participating in the case, his place taken by a special justice, Robert McCorkindale). Wood  has been unfriendly to the cause of gay rights and ran as a conservative Republican, even though judicial candidates are nominally nonpartisan. Speculation is running hot.