Brian Chilson has a Facebook folder full of photos from last night’s sold-out Garth Brooks show at Verizon Arena. He has a couple more shows scheduled, but they are sell-outs, too.

For the height of hypocrisy, you just can’t beat Sen. Jason Rapert’s Twitter page, loaded with photos of himself and Brooks. The hash tag he put on one photo — “people loving people” — is particularly striking given that Brooks supports gay marriage, has spoken eloquently in support of gay people and generally walks the walk of loving others, while Rapert has worked to marginalize gay people. But brother can he talk. 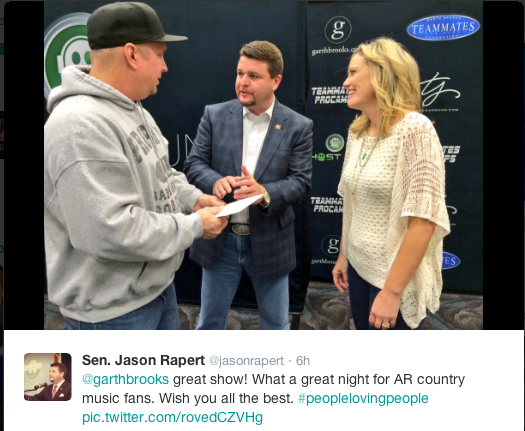