With almost $100,000 financial help from the city and state, the Quapaw Quarter Association has completed purchase of the historic William E. Woodruff House on E. 8th Street on the east side of Little Rock. I wrote the house was at 1023 E. 8th. It is at 1017, an adjacent parcel purchased by the same owner.

The 1853 structure, built by the founder of Arkansas Gazette, needs restoration and the QQA hopes, after stabilizing the structure, to find a buyer who’ll rehabilitate it. It will be eligible for historic tax credits.

.. the property is significant not only for its association with William E. Woodruff, but also for its rarity as a brick antebellum house and for the historic archeological information that the site might reveal. William Woodruff, in addition to founding the first newspaper published west of the Mississippi River, was extremely active and influential in local and state politics in Arkansas. Woodruff became one of the state’s most important and colorful historical figures through his business interests, political connections, and efforts to promote the state. His commitment to Arkansas and the South also led him to volunteer in his late 60s for service with the Confederate army in the Civil War, in which he rose to the rank of colonel. The Woodruff House was an urban farmstead surrounded by several ancillary structures which were associated with its agricultural activities. The location served as Woodruff’s final home until his death in 1885.

Today, the Woodruff House is vacant and in need of restoration. It is located in an underutilized part of downtown, adjacent to several vacant lots and could serve as an anchor for revitalization efforts in the area. It has been listed on the Historic Preservation Alliance of Arkansas’s Most Endangered Places list since 2007. 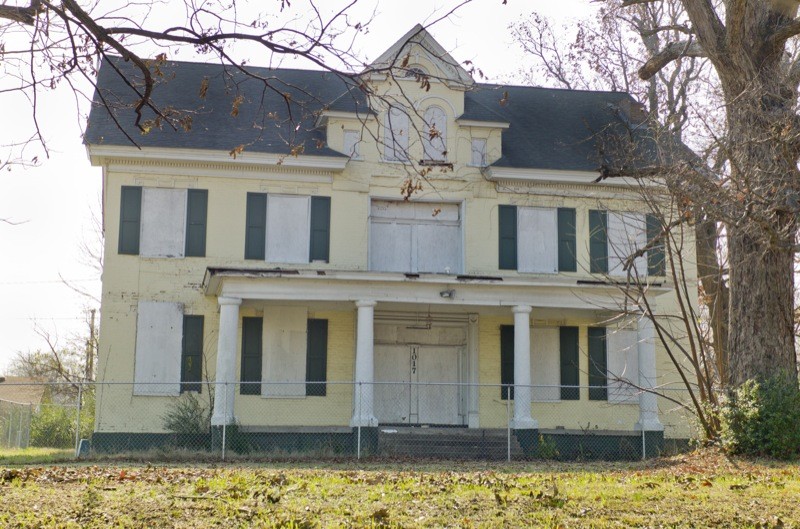